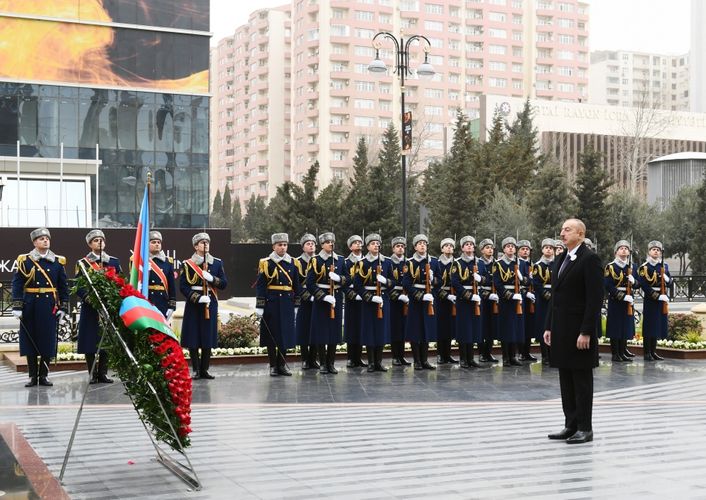 On the night of February 25-26 1992, Armenian occupants committed one of the bloodiest crimes in the history of mankind in the Azerbaijani town of Khojaly, APA reports.

Thousands of Baku residents arrived at the Khojaly memorial in Khatai district on February 26 to pay tribute to victims of the genocide on its 28th anniversary.

A ceremonial guard of honor was lined up around the memorial.

President Ilham Aliyev put a wreath at the memorial and paid tribute to Khojaly victims.

The atrocity committed by Armenians in the town of Khojaly in Nagorno-Karabakh on the night of 25-26 February 1992 went down in the history of Azerbaijan as a bloody page.

The statistics of Khojaly genocide are as follows: of 3,000 people who were in the town at the moment of the attack 613 were killed, including 106 women, 63 children and 70 elders; 487 people were severely wounded, including 76 children; 1,275 people were captured and subjected to unprecedented torture; the fate of 197 people still remains unknown. Eight families were totally annihilated. All these people were slaughtered, tortured and disabled solely because of their ethnic background, only for being Azerbaijanis.

This genocidal act by the Armenians was deliberately planned and its only objective was to partially or completely wipe out civilians because of their nationality. These actions are defined as genocide under international law, which must be recognized by the world community.

The real essence of this genocide, which was committed in front of the eyes of the world, was uncovered only after national leader Heydar Aliyev`s coming to political power. On initiative of the national leader Khojaly genocide was given a political and legal assessment, and February 26 was declared “Day of Khojaly Genocide”. Launched by Vice-President of the Heydar Aliyev Foundation Leyla Aliyeva in 2008, “Justice for Khojaly” international campaign boosted the awareness-raising efforts even more. The campaign has contributed to increasing the international community`s awareness of the truth about this genocide, exposing the Armenian nationalists who resort to any violence, including the murder of children, in order to reach their ridiculous and heinous plans. As a result of systematic work, what happened in Khojaly was recognized as a genocidal act by the Parliamentary Union of the Organization of Islamic Cooperation, as well as the parliaments of Mexico, Pakistan, Czech Republic, Peru, Colombia, Panama, Honduras, Sudan, Guatemala and Djibouti. The parliaments of Romania, Bosnia and Herzegovina, Serbia, Jordan, Slovenia and Scotland, as well as executive and legislative bodies of 22 American states recognized Khojaly events as a massacre. 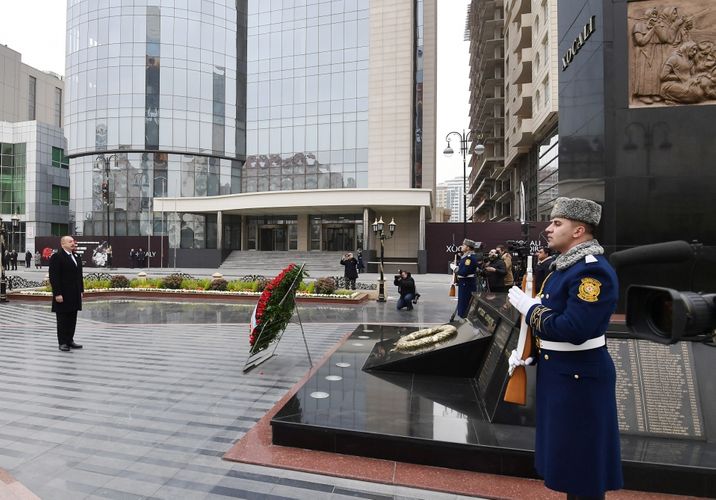 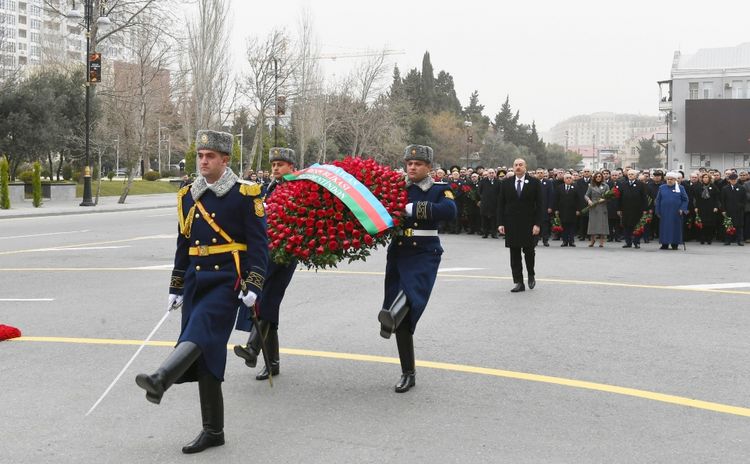 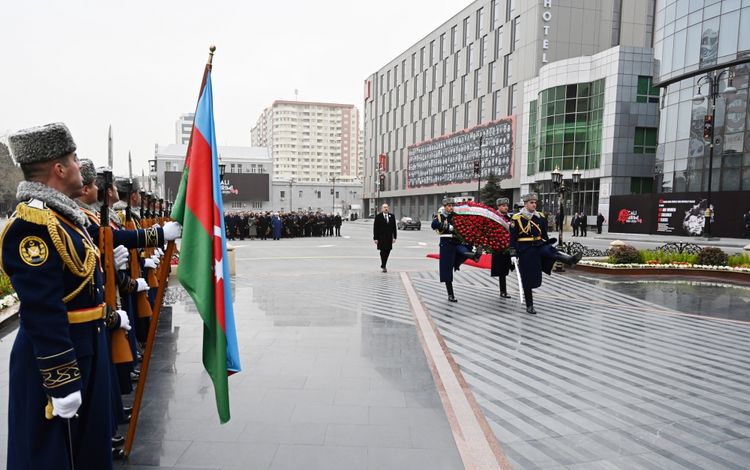 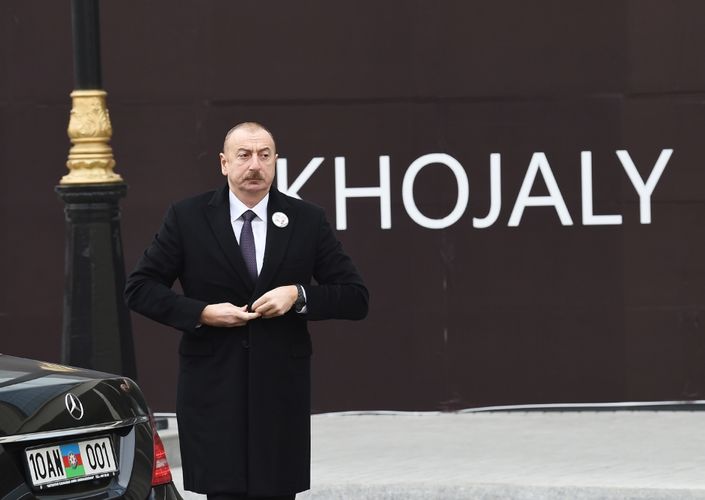 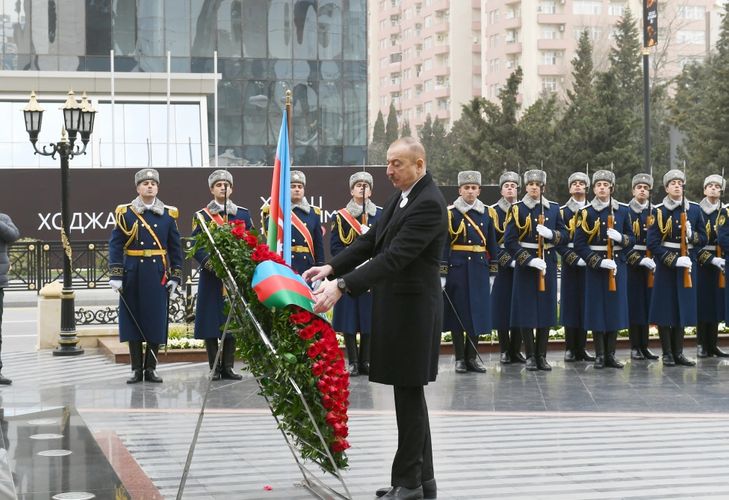 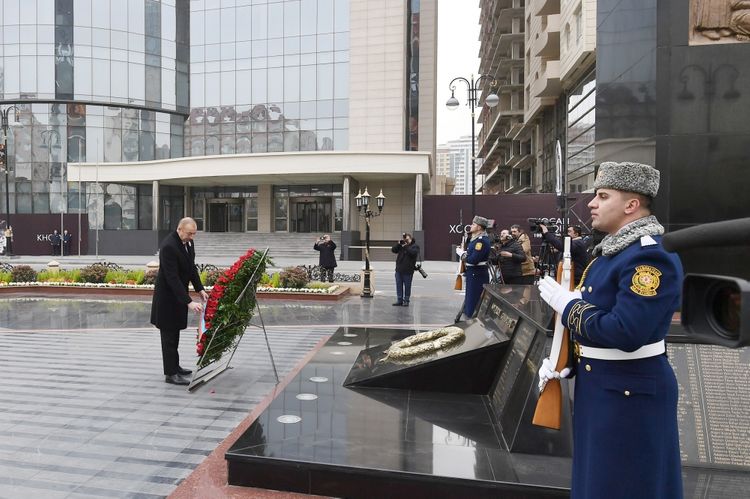 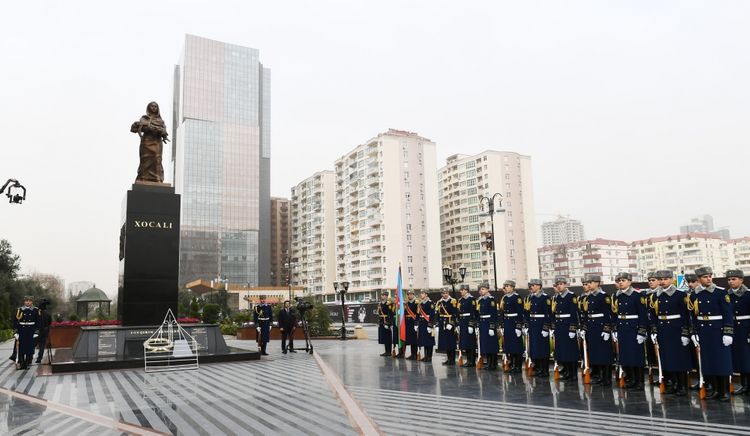 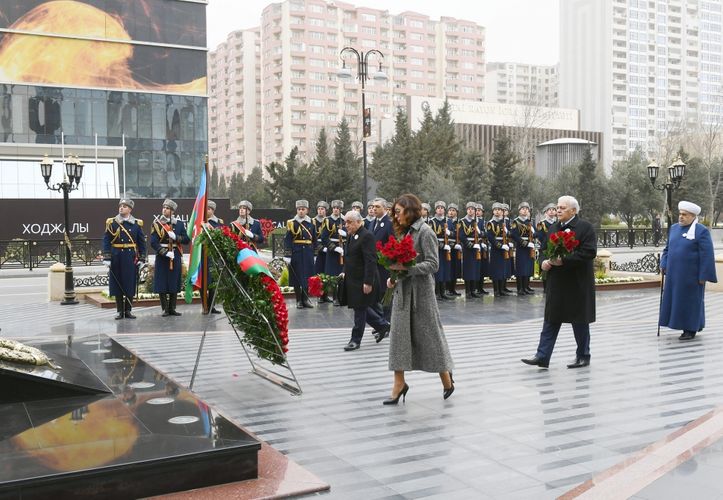 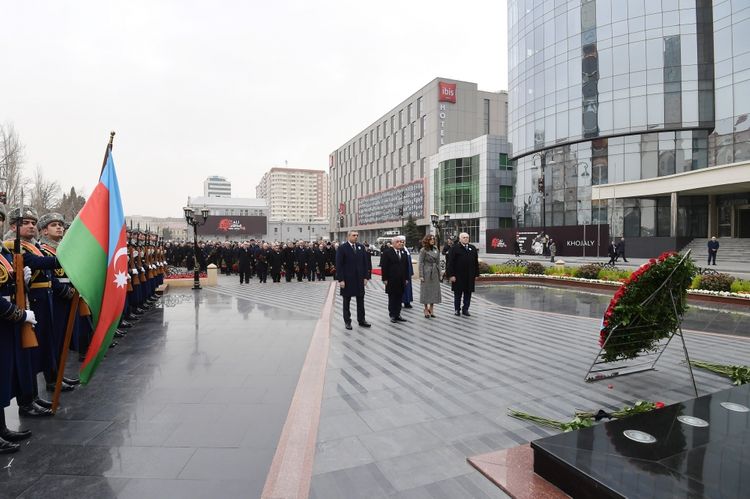 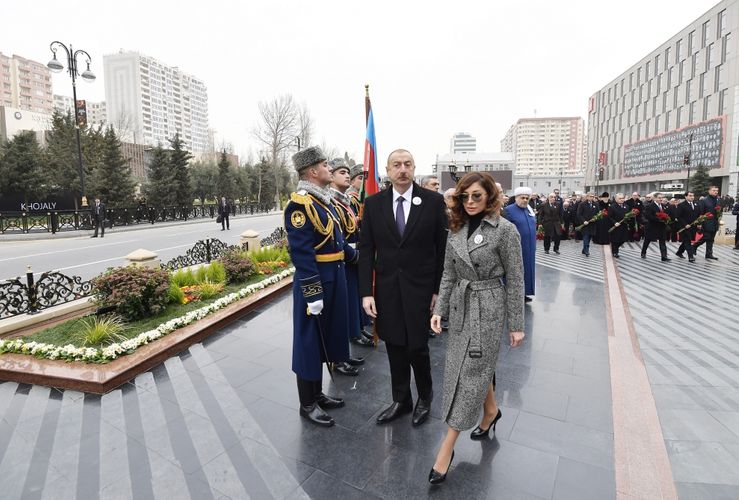 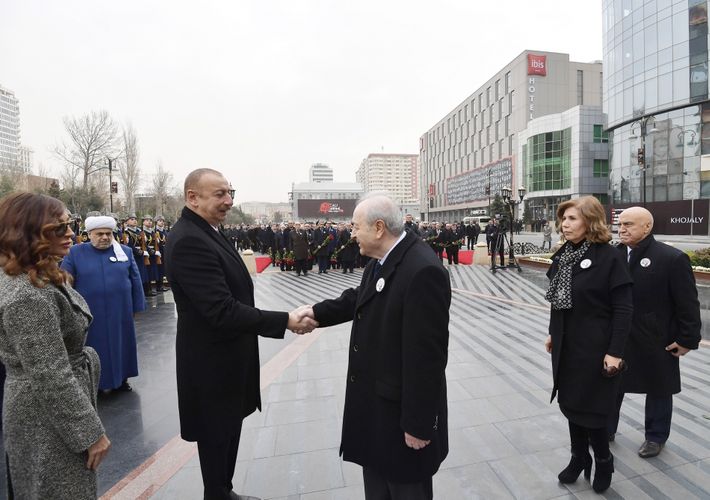 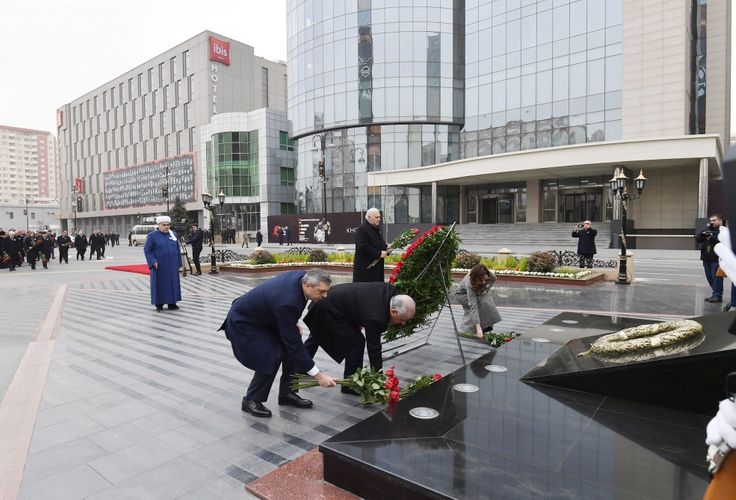 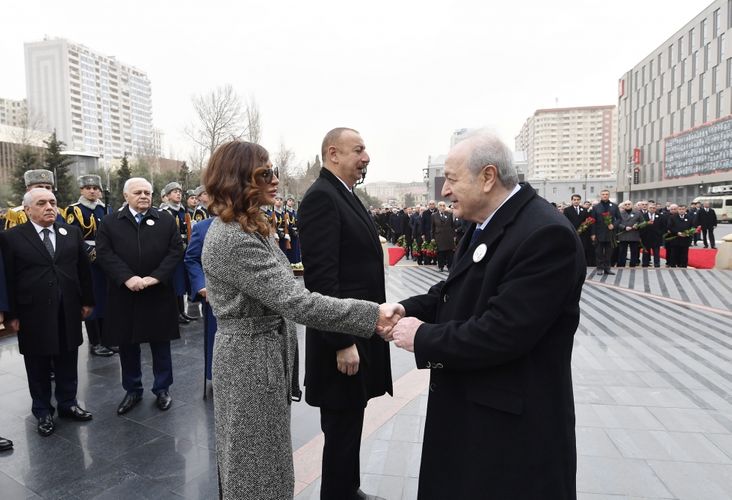 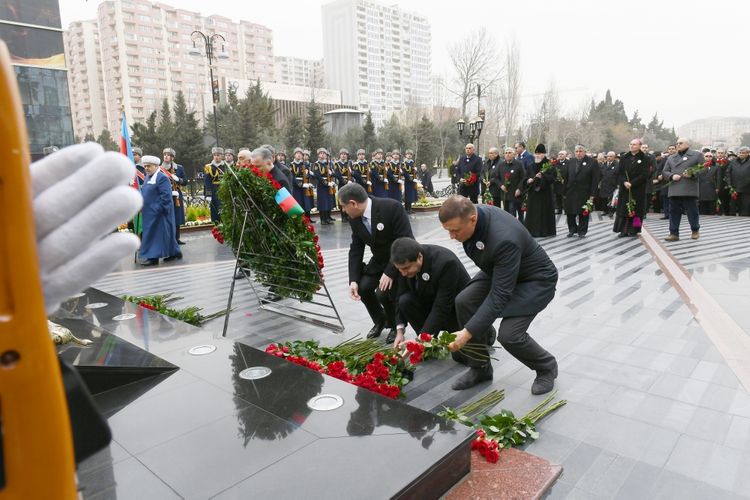 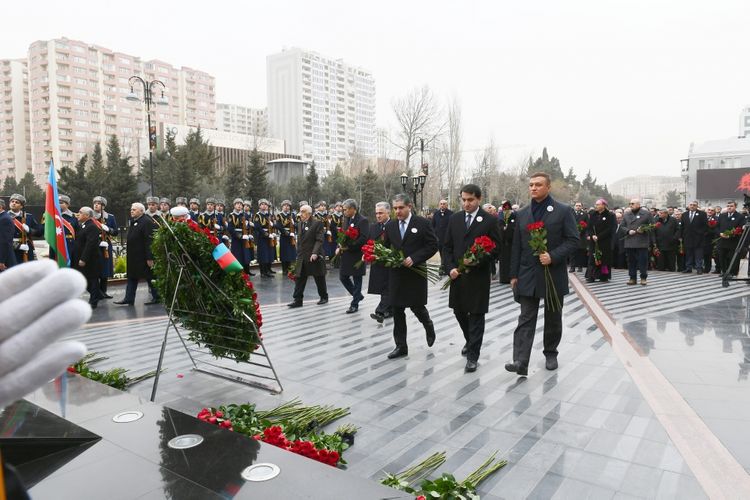