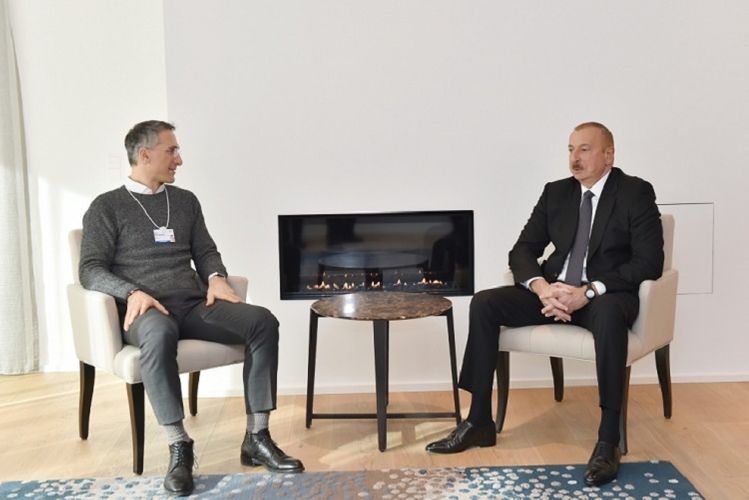 President of the Republic of Azerbaijan Ilham Aliyev has met with Chief Executive Officer at "Signify" Company Eric Rondolat in Davos on January 21, APA reports.

Eric Rondolat who expressed his satisfaction with the reforms conducted in Azerbaijan in recent years, firstly briefed our state’s leader on the projects implemented by them in our country. He noted that the conducted reforms created good prerequisites for the improvement of business and investment environment and the implementation of new projects in Azerbaijan.

The chief executive officer stressing that the “Signify” Company was one of the world leaders in the area of production of lighting devices, noted that the entity led by him was ready to provide to Azerbaijan any support in terms of bringing into our country of new technologies.

He said the company offers various solutions in the area of economy including agricultural sector, as well as “smart city” projects and integration of internet technologies with lighting systems. At the same time, the chief executive officer stressed that they were interested in discussing with the concerned Azerbaijani authorities of the opportunities for making investment in new solutions by means of lighting systems installation projects in both agricultural sector and other spheres, and that they would be able to ensure bringing into our country of new technologies for relevant sphere.

President Ilham Aliyev stating his satisfaction with the meeting noted the importance of acceleration of implementation of the project of lighting of Baku City which was being implemented currently. At the same time, our state’s leader gave relevant instructions in regard to discussion with the concerned state authorities of improvement of quality of lighting in Sumgait and other large cities of Azerbaijan in the next phases of the project, introduction of new solutions that ensure significant saving of electricity, as well as bringing into country of the up-to-date technologies by means of installation of lighting systems in various spheres of agriculture. 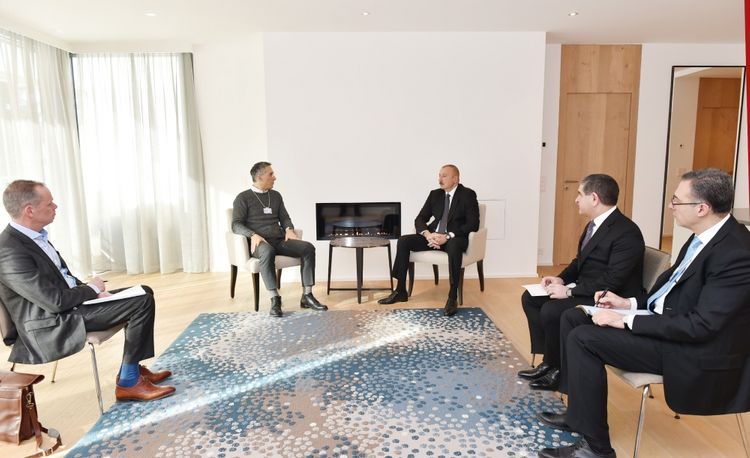