President Ilham Aliyev: "Azerbaijani people is the main guarantor of stability in Azerbaijan" 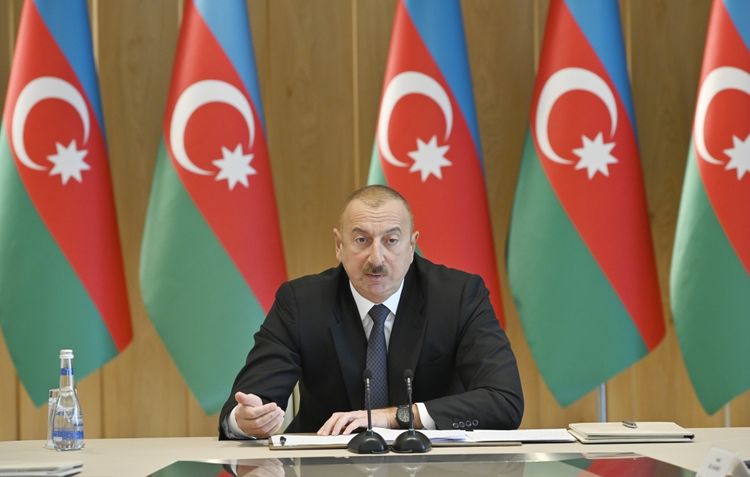 "Throughout the year, we observed an increase in tensions in various places around the world. Bloody clashes, wars, public protests, police violence, flagrant violation of human rights, breach of democratic values – all this was observed practically throughout the world," President of the Republic of Azerbaijan Ilham Aliyev said during his opening speech at the meeting on the results of 2019, APA reports

The Head of the State noted that tensions are growing in Europe, Asia, Latin America, in post-Soviet countries, in our region, in the Middle East, in the world. "Azerbaijan is developing as a stable place. The Azerbaijani people are the guarantor of stability in Azerbaijan. The will of the Azerbaijani people is the main guarantor of stability in Azerbaijan. Popular support and a high assessment of our policies inspire us even more and, at the same time, ensure stability in the political and economic spheres in our country. When stability is disrupted, crises and chaos occur in countries, which does them a great deal of harm. We saw this in our own history in the early 1990s. Stability in Azerbaijan was disrupted, the country was gripped by crisis and we suffered heavy losses. But Azerbaijan has been living in the conditions of stability for 26 years now. Over these years, our country has passed a very long development path. I can say that our country has passed a development path equal to a century and has now joined the ranks of strong countries on a global scale."