President: "Azerbaijan has become a gas exporting country on a global scale, in Eurasia today" 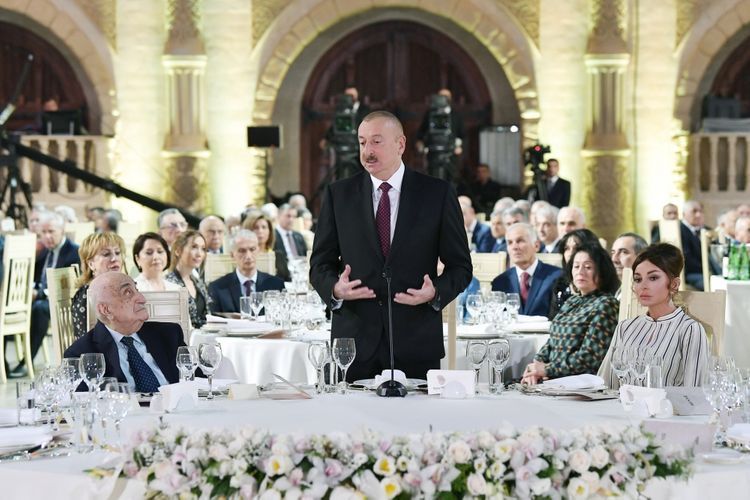 "I want to touch upon another issue, which is forgotten over time. This is due to the development of the Shah Deniz field. In 1996, a contract was to be signed and all negotiations had been completed. However, one representative of the government objected to the signing. He had no reason and had no idea about the oil and gas industry," President of the Republic of Azerbaijan Ilham Aliyev said at the ceremony to mark the 90th anniversary of renowned oil scientist and geologist, academician Khoshbakht Yusifzade on January 14, APA reports.

"He was simply filling his pockets, selling oil and oil products produced and refined by oil workers. Without any grounds whatsoever, he expressed a strong protest. At that time, Heydar Aliyev invited the entire leadership of the State Oil Company and gave everyone the floor. All speakers, including Khoshbakht muallim, said that the contract had to be signed and the conditions were most acceptable to us. I remember the great leader listening very carefully to Khoshbakht muallim. His opinion, as well as the general opinion was that the contract had to be signed. Just imagine now: if the Shah Deniz contract had not been signed in 1996, there would have been no Baku-Tbilisi-Erzurum, no TANAP, no Southern Gas Corridor now. What would be the state of Azerbaijan’s gas supply in this case? If there were no Shah Deniz gas, we would not be able to meet our needs. So much investment was made in this and Azerbaijan has become a gas exporting country on a global scale, in Eurasia today,' the Azerbaijani President Ilham Aliyev said.