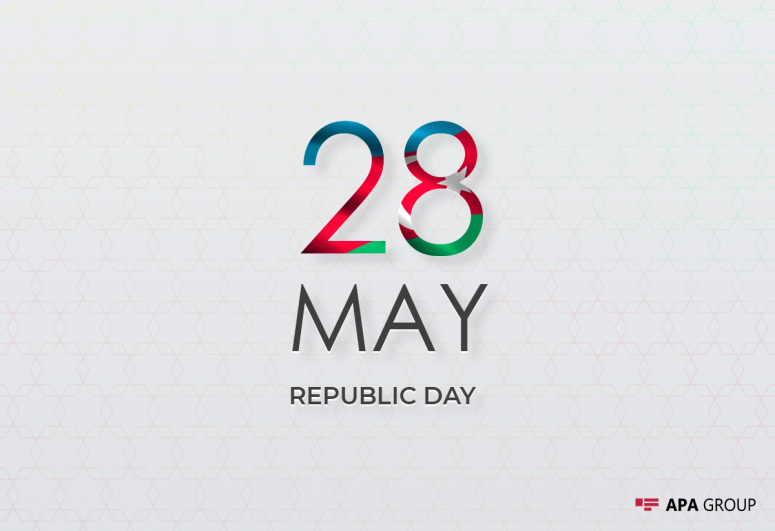 103 years ago, the first democratic republic in the Orient was established. The establishment of the Azerbaijan People’s Republic (APR) was declared by the Azerbaijan National Council chaired by Mahammad Amin Rasulzade at the building of the Caucasian governor’s office in Tbilisi City on May 28, 1918.

The Independence Declaration of the Azerbaijan National Council read as follows:

Beginning from today, similarly to the Azerbaijani people obtaining the power, Azerbaijan covering the territory of the South-Eastern Transcaucasia also becomes the full-fledged independent state;

The governance form of the independent Azerbaijan state is the People’s Republic;

The Azerbaijan People’s Republic is committed to establishing friendly relations with all peoples and especially the neighboring peoples and states;

Azerbaijan People’s Republic grants political rights and citizenship right to all its citizens living within its boundaries irrespective of their ethnicity, faith, social class and strata affiliation, and gender;

The Azerbaijan People’s Republic creates broad opportunities for the free development of all ethnic groups living on its territory;

As Baku City was under control of the united Bolshevik-Dashnak political and military forces under the leadership of Stepan Shaumyan when establishment of the APR was declared, the Azerbaijani Government temporarily functioned in Ganja City. After heavy battles, on September 15, 1918, the units of the national army of the APR and the Caucasian Islamic Army led by Nuru Pasha liberated Baku from the Bolshevik-Dashnak and English militia groups. Thereafter, the Azerbaijani government moved to Baku.

At 13:00 on December 7, 1918, in the building of the girls’ school of Haji Zeynalabdin Taghiyev (currently, the building where the Manuscripts’ Institute named after Fuzuli under Azerbaijan National Academy of Science (ANAS) is accommodated), the solemn opening ceremony of the Azerbaijani parliament took place. The chairman of the Azerbaijan National Council M.A.Rasulzade made a broad congratulatory speech at the opening ceremony of the parliament.

Alimardan bey Topchubashov was elected parliament’s chairman, while Hasan bey Aghayev was elected his first deputy. As A.Topchubashov was at the Paris peace conference, the parliament was chaired by H. Aghayev. Just at the first meeting of the parliament, the resignation of the government led by F. Kh. Khoyski was approved and the decision was made to establish new government. The establishment of the new government was once again assigned to F. Kh. Khoyski.

The APR obtained great achievements during its short life. The Republic which recognized women’s election right for the first time and ensured male and female equality, implemented great works in the areas of national army building, issuance of the national currency, the establishment of a national bank, democratization, free elections, international relations and official recognition of Azerbaijan’s independence by the international community, ensuring of Azerbaijan’s territorial integrity, implementation of economic reforms and etc. Regrettably, the APR lived for as short as 23 months and was overthrown as a result of the Bolshevik occupation on April 28, 1920.