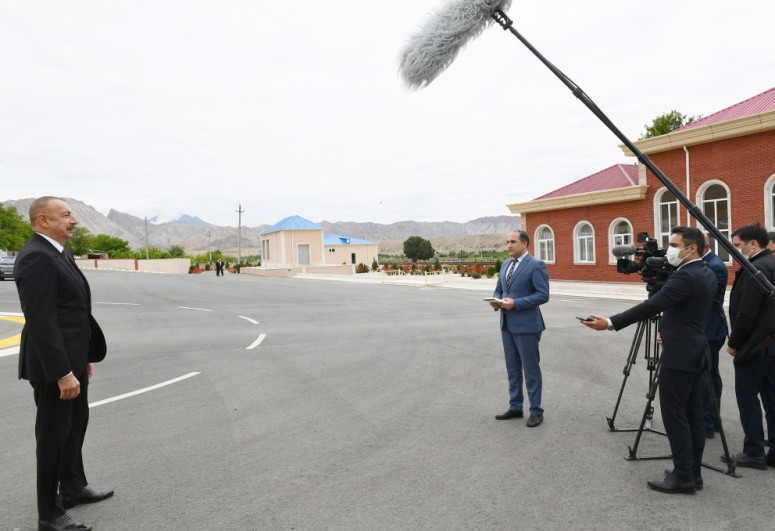 "Nakhchivan is developing fast. Work in all areas is moving in a positive direction," President of the Republic of Azerbaijan Ilham Aliyev said in an interview by the Azerbaijan Television as part of his visit to the Nakhchivan Autonomous Republic, on May 10, APA reports.

"Today, I attended the opening of several infrastructure projects, including the commissioning of a drinking water and sewage project in Ordubad. I am very pleased with the work that has been done in the Autonomous Republic in all areas related to roads, electricity and gas supply. Suffice it to say that the level of gas supply has already reached 100 percent. Electricity supply has reached 100 percent and Nakhchivan has a huge energy potential. In the past, there was no electricity in Nakhchivan. There was no energy, no local sources, and the lines from Azerbaijan were cut off by Armenia. Now Nakhchivan is fully self-sufficient in terms of electricity and uses a renewable source. This is very important because it should be viewed as a contribution to the beautiful nature and environmental situation of Nakhchivan," said Azerbaijani President.