Hikmat Hajiyev: “During the war, under the leadership of the Supreme Commander-in-Chief, we saw the bravery of the media shoulder to shoulder with Azerbaijani soldiers 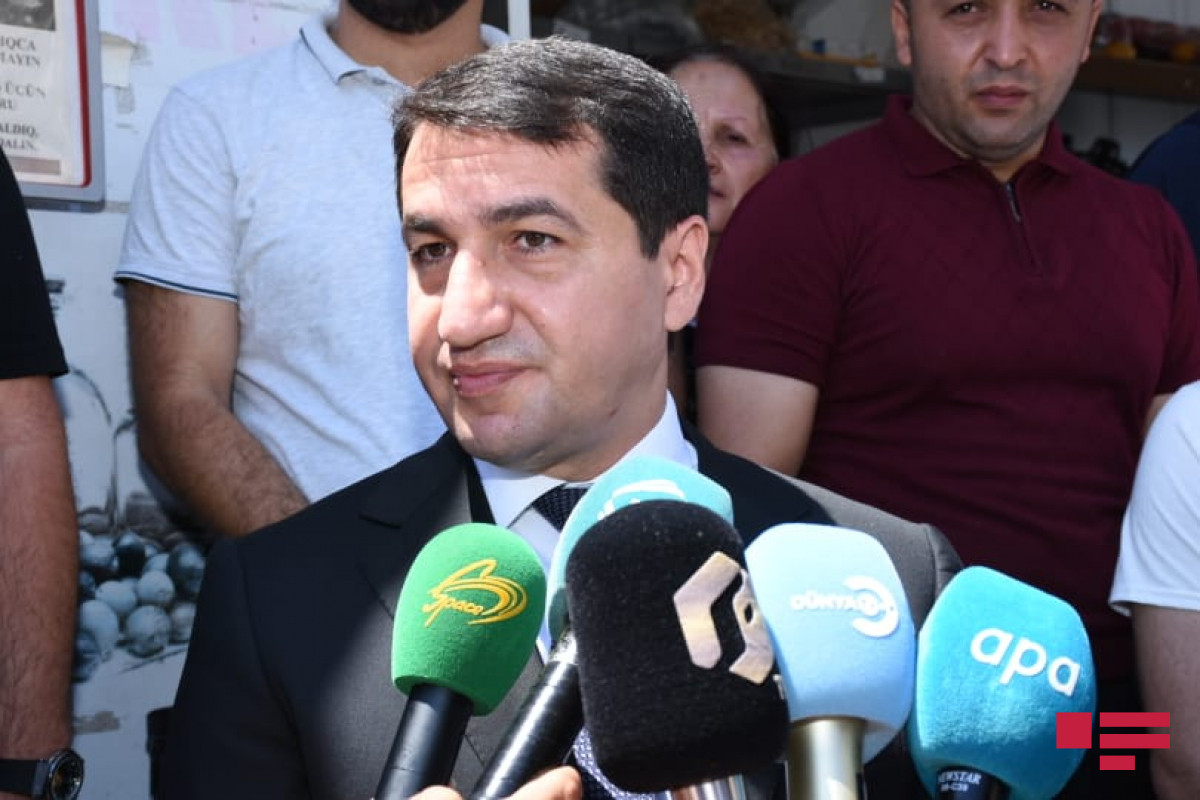 “The work they do is of great value. This value is that they documented the atrocities committed by the Armenians against the Azerbaijani people. Step by step, they walked all our villages and cities,” said Assistant to the President of Azerbaijan, Head of the Foreign Policy Affairs Department of the Presidential Administration Hikmat Hajiyev, APA reports.

Hajiyev said that the value of this work is important today, also 100 years later:  “Because they created a chronicle of the Azerbaijani people for future generations. They did this work with great determination, courage and enthusiasm. But they still fell victim to treacherous landmines by heinous Armenians. Rest In Peace. This is also a great loss for Azerbaijani journalism and media. During the war, under the leadership of the Supreme Commander-in-Chief, we saw the bravery of the media and journalists shoulder to shoulder with Azerbaijani soldiers. They were on the front line, taking photos and videos of the atrocities of the Armenians and conveying them to the whole world community.”