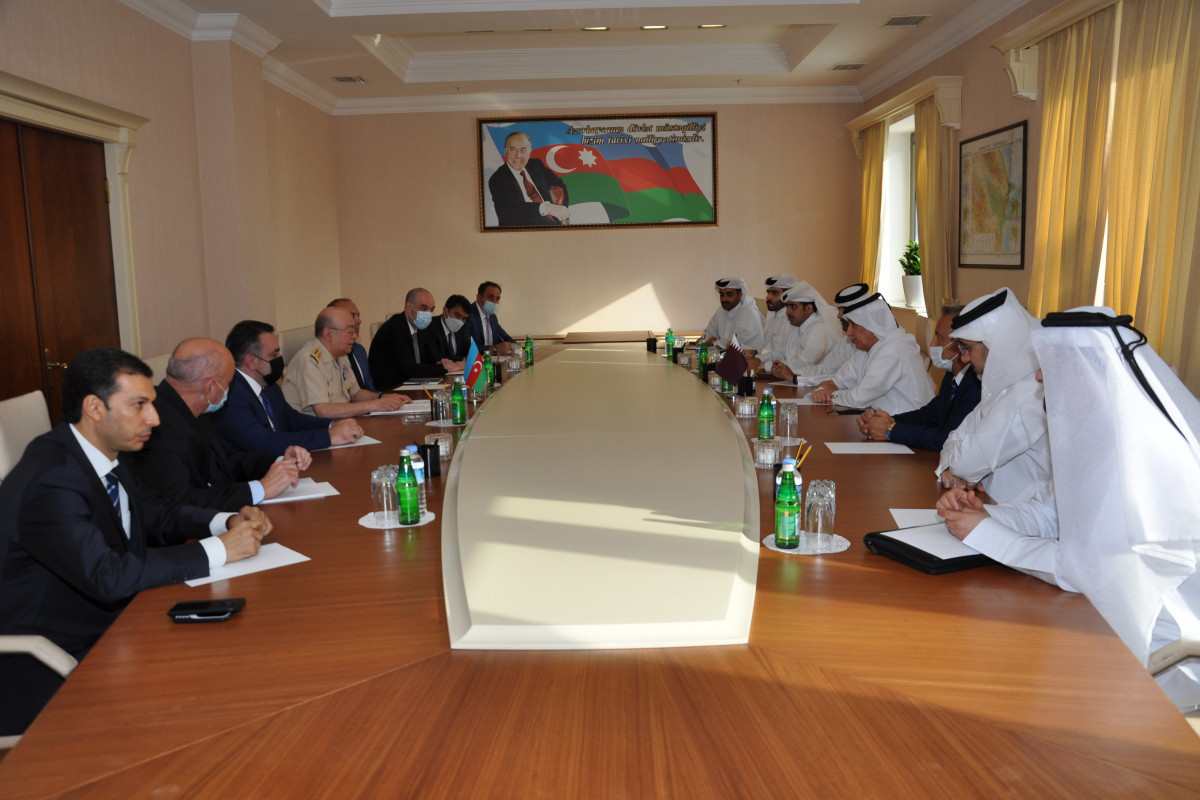 Co-Chair of the Joint Economic, Trade and Technical Commission between the Government of the Republic of Azerbaijan and the Government of the State of Qatar, Minister of Emergency Situations of the Republic of Azerbaijan Colonel-General Kamaladdin Heydarov has today met with the delegation led by Qatar's Minister of State for Foreign Affairs Sultan bin Saad Al-Mureykhi, APA reports citing the website of the Ministry of Emergency Situations.

During the meeting reminding the existence of high-level cooperation relations between Azerbaijan and Qatar covering different fields, said that it was based on the political will and wise foresight of the leaders of both countries.

The Minister has also given detailed information about the 30 years of occupation of the Azerbaijani lands by Armenia, destoration of our cities and villages during this period, the liberation of our territories from the occupation by our heroic Army under the leadership of the president of the Republic of Azerbaijan, Supreme Commander in chief, Mr. Ilham Aliyev as a result of the Patriotic War continued 44 days, and ongoing rapid landscaping and construction work in the liberated areas. K. Heydarov noting that our liberated lands have rich natural resources, including great tourism potential has invited Qatari businessmen, business circles, and investors to invest here.

Talking about the broad cooperation potential between Azerbaijan and Qatar, the state minister also stressed the importance of strengthening ties between the relevant emergency cases combat agencies of the two countries.

The sides exchanged views on other issues of mutual interest.