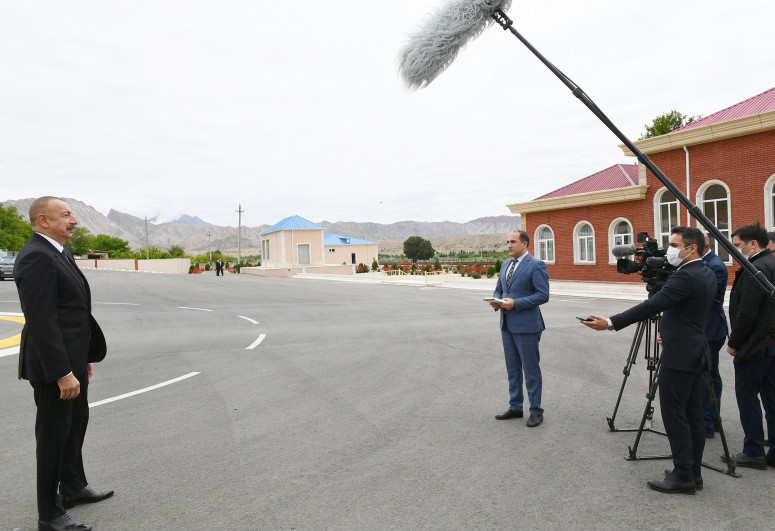 "In general, I can say that great attention has always been paid to building up the defense potential of Nakhchivan. It is no coincidence that a Special Combined Arms Unit has been established in Nakhchivan on my instructions and provided with the latest weapons and equipment. I can say that the military equipment available to the Nakhchivan army today is probably superior to the equipment of some advanced countries. The most sophisticated equipment based on the latest technologies is brought to Nakhchivan. In general, I can say that the vast majority of the military equipment imported for the needs of the Azerbaijani Army is available in the Nakhchivan Autonomous Republic. Of course, the combat capability of the Nakhchivan Special Forces is also high, and the successful Gunnut operation, an operation conducted three years ago, is a graphic example of this. That operation occurred during the government change in Armenia, so the new government attempted to hush it up. We didn’t push too hard either because we need real work, not propaganda. We cleared very important strategic heights from the Armenian army and established our positions there. These heights allowed us the opportunity to have full control over strategic communications and the road from Armenia to Nagorno-Karabakh. During the second Karabakh war, our capacity to exercise control over this road was of great help to us in obtaining a lot of information. The opposite side is well aware that these communications being under our control can be cut off at any time and should, therefore, act accordingly, of course," said Azerbaijani President Mr. Aliyev.