President Ilham Aliyev: We avenged our martyrs on the battlefield 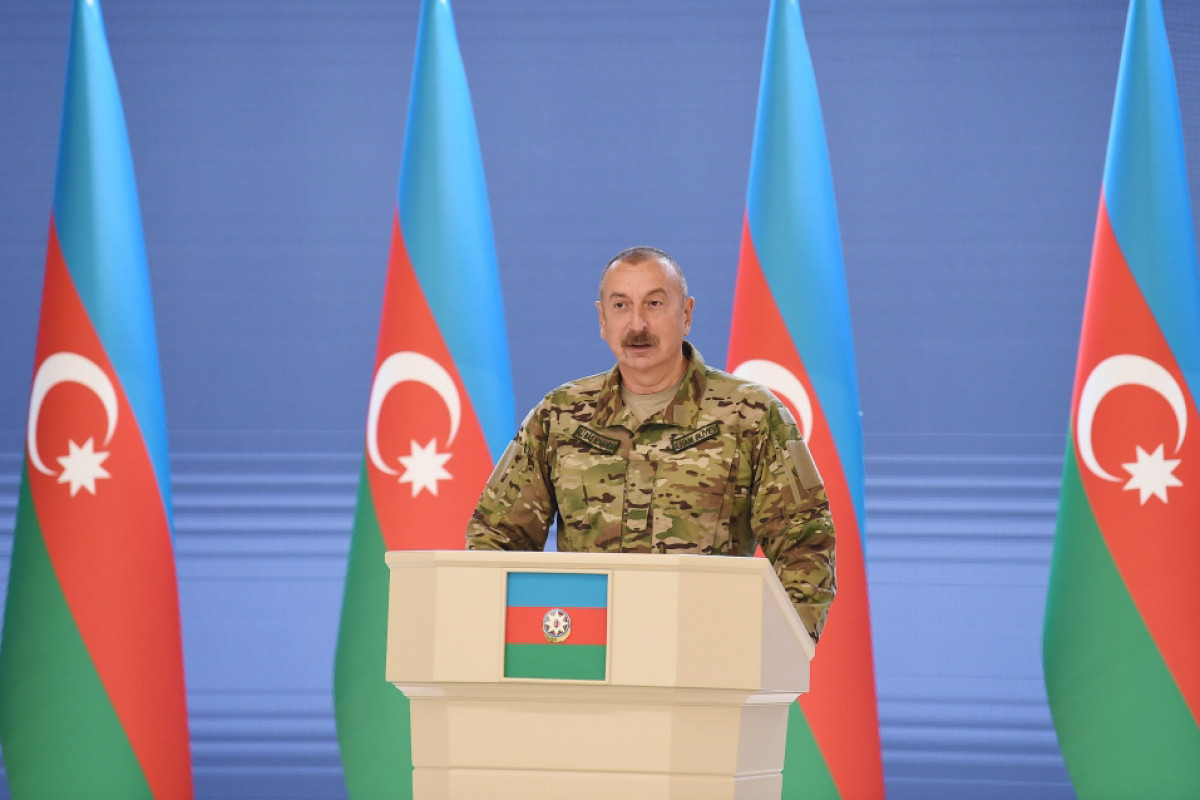 "We avenged our martyrs on the battlefield. I have repeatedly said that the blood of our martyrs will not remain unavenged. And this is exactly what happened. The second Karabakh war resulted in a complete victory for Azerbaijan," said President of the Republic of Azerbaijan, Commander-in-Chief of the Armed Forces Ilham Aliyev at a meet with a leadership and a group of military personnel of Azerbaijani Army on the occasion of the Armed Forces Day at Gulustan Palace.

"26 June is the Day of the Armed Forces. We celebrated this day every year. Various events have been held. Every year on 26 June, during meetings with our servicemen, I was saying that one day we would return to our homeland and restore our territorial integrity. I was saying that if this could not be achieved through negotiations, we would resolve the issue militarily. And this is exactly what happened. Negotiations that lasted for many years did not yield any results, and Azerbaijan secured its territorial integrity, historical justice and international law on the battlefield.

Celebrating this holiday every year, we promised ourselves that we would liberate our native lands from occupiers at any cost. Today, I can proudly say that we are celebrating the Day of the Armed Forces as a victorious army, as a victorious people. This is a historic achievement. There has never been such a brilliant victory in the centuries-old history of the Azerbaijani people. We have mobilized all our resources to deal crushing blows to the enemy, to defeat the enemy, and to restore historical justice and the territorial integrity of our country," said President Aliyev