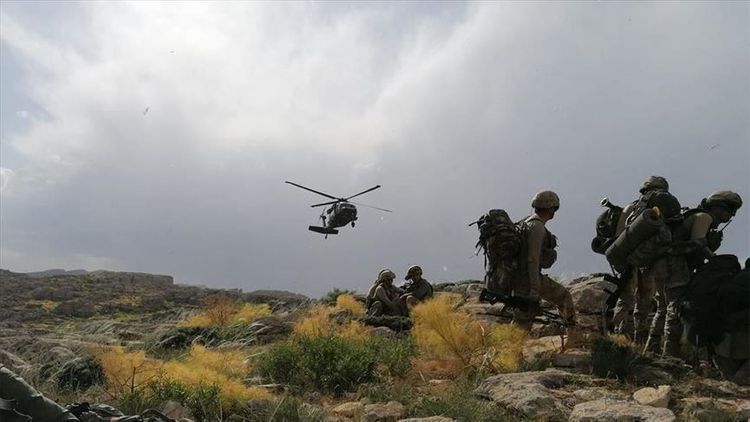 As part of Operation Yildirim-2 Cilo, the terrorists were targeted in an air-backed operation by the local gendarmerie command and the provincial security directorate in Hakkari province, the ministry said in a statement.

The terrorists' affiliation was not mentioned, but the PKK terror group has been active in the region.

The operation is ongoing in the region, it added.

Turkish authorities often use the word "neutralize" to imply terrorists in question surrendered, were killed or captured.

This summer, Turkey launched a series of security operations to neutralize terrorists believed to be hiding in east and southeast.

In its more than 30-year terror campaign against Turkey, the PKK – listed as a terrorist group by Turkey, the US and EU – has been responsible for the deaths of nearly 40,000 people, including women, children and infants.