About 300 people detained during Yellow Vests protests in France — minister 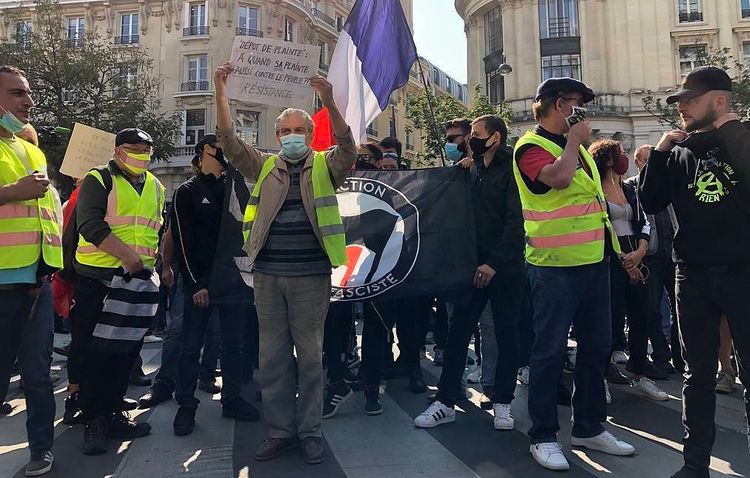 According to the minister, a total of 165 protesters were placed in custody in the capital, and about a dozen - in other regions.

"Overall, about 6,000 people took part in the rallies, including approximately 2,500 in Paris," he said. "At present, the rally in Paris is already over. Several people are still protesting, including at Champ de Mars, but they will soon be taken to the prefecture."

Darmanin attributed the large number of detentions in Paris to the fact that "many people had dangerous weapons on them."

In his words, two cars were set ablaze in the French capital.

"However, in comparison with the difficulties that law enforcement officers faced while restoring order during previous rallies, today’s protest was held in a relatively calm atmosphere," the official added.

Yellow Vests protests began in France on November 17, 2018. They initially focused on skyrocketing fuel prices. The demonstrations spiraled into clashes with the police and protests against the country’s leadership, whom protesters accused of failing to take sufficient measures to fight poverty. The protesters’ demands currently include both socio-economic and political issues. In particular, they are dissatisfied with plans to carry out a pension reform.