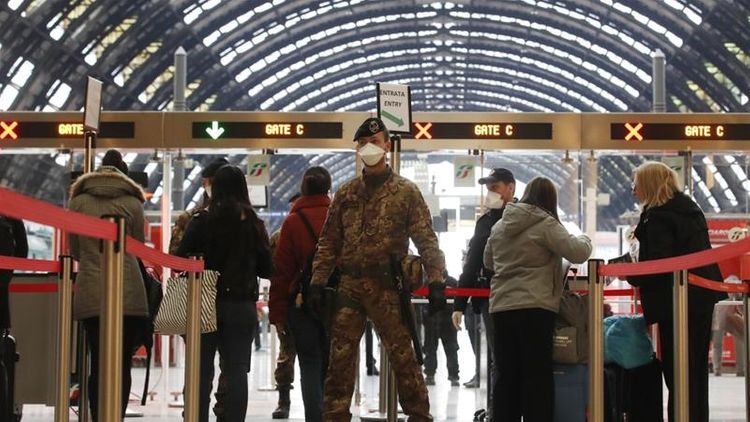 Albania amended its penal code on Thursday to punish anyone breaking coronavirus quarantine and self-isolation rules and infecting others with up to eight years in jail as it slowly prepares to restart sections of its economy, APA reports quoting Reuters.

Critics of the tougher measure said fines were proving effective but Prime Minister Edi Rama defended the new penalty as necessary for successfully relaxing the lockdown.

Rama said the government believed about 2,800 people would have died if lockdown rules had not been imposed. As of Thursday, 26 people have died and 518 have been infected with the new coronavirus among Albania’s 2.8 million people.

The number is low compared to other countries, leading some to break the rules. Police have fined more than 7,000 people and suspended 1,800 driving licenses.

According to the new law, anyone infected with the coronavirus who broke self-isolation or quarantine rules and infected others, wilfully or not, would face from two to eight years in jail if his or her action caused grave harm, including death.

“These measures are being taken because we are going to relax (lockdown rules). We are winning the battle on the health front. And we shall win it on the economy front,” Rama said.

In asking parliamentarians to vote for the tougher law, Rama described quarantine rule-breakers as similar to carrying a bomb, in this case the new coronavirus.