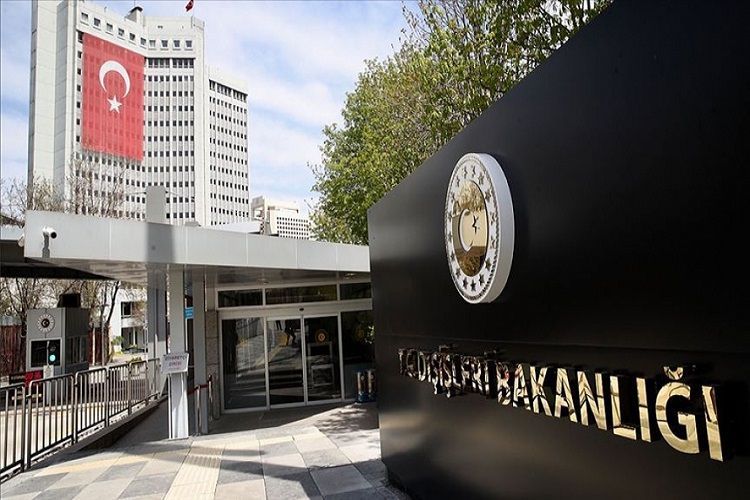 "Today, it is absurd that a government, which is unable to feed its own people, dare to bring up the Treaty of Sevres which the Turkish nation overturned 100 years ago," the Foreign Ministry said in a statement.

Those who have the idea of achieving "sneaky goals" should know that they will fail against Turkey's determination to maintain its survival and national existence, it said.

"It is not surprising that those who draw animosity from history instead of taking lessons seek help from this document after 100 years.

"The lesson given by the noble Turkish nation to those who dare to invade Anatolia and the heavy blow it dealt on imperialism is taught as lessons in history books. This glorious struggle has set an example for other oppressed nations," it underlined.

The Treaty of Lausanne - signed by Turkey on one side and Britain, France, Italy, Greece and their allies on the other - recognized the modern Turkish state and replaced the 1920 Treaty of Sevres, an unfair pact imposed on the Ottoman Empire after World War I.

Also, Armenia, which has been continuing an illegal occupation of Azerbaijani territory for years, is the main obstacle to the establishment of regional peace and stability.

Upper Karabakh, or Nagorno-Karabakh, an internationally recognized territory of Azerbaijan, has been under illegal Armenian occupation since 1991.

International organizations, including the UN, have demanded the withdrawal of the occupational forces.

The Organization for Security and Cooperation in Europe’s Minsk Group - co-chaired by France, Russia and the US - was formed in 1992 to find a peaceful solution to the conflict, but to no avail.