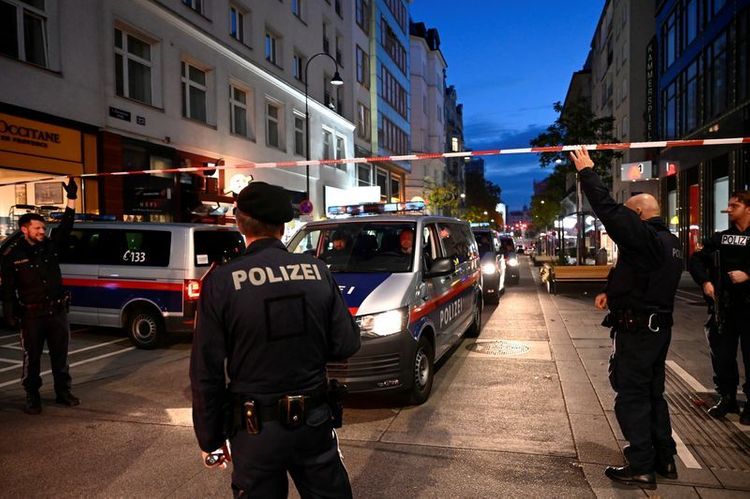 Austrian police raided 18 properties and arrested 14 people in a massive dragnet on Tuesday, after a gunman identified as a convicted jihadist killed four people and injured 22 in a rampage in the centre of Vienna, APA reports citing Reuters.

The 20-year-old gunman, who was killed by police minutes after opening fire on crowded bars late on Monday, had been released from jail less than a year ago. He was identified as Kujtim Fejzulai, a Vienna-born Austrian who also held North Macedonian nationality.

It was the first such militant attack in Vienna in a generation, and the government pledged robust action.

“We will defend our fundamental values, our way of life and our democracy with all our strength,” Chancellor Sebastian Kurz said in a national address about what he branded an Islamist terror attack.

“We will find and hunt down the perpetrators, those behind this and their associates and mete out a just sentence. And we will pursue all those who have anything to do with this outrage with all available means.”

Swiss police also arrested two men on Tuesday near Zurich in an investigation of possible links to the gunman.

The attack followed recent deadly assaults by lone Islamist attackers in Nice and Paris. Many Muslims have been angered by the publication in strictly secular France of satirical caricatures of the Prophet Mohammad.