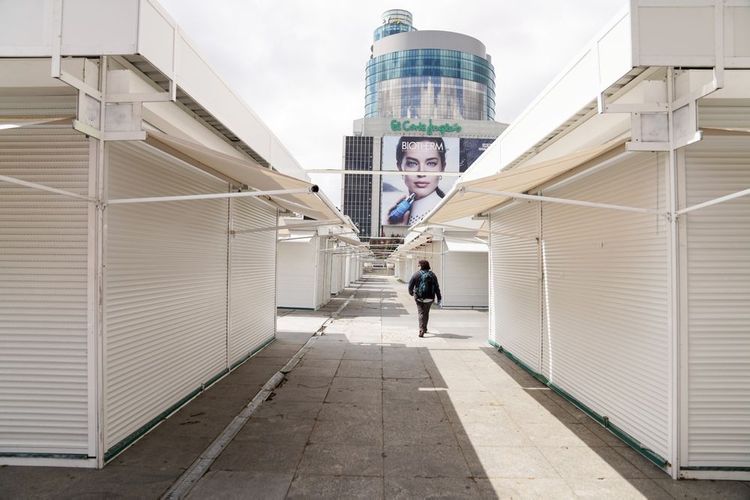 Spain’s economy could contract this year by more than 12% in a worst-case-scenario forecast by the country’s central bank, the first official figures that spell out the potential toll of the coronavirus pandemic on the European Union’s fourth-largest economy, APA reports citing Bloomberg.

The economic shock could push the unemployment rate to as high as 21.7% this year, undoing gains achieved in the aftermath of the 2008 global recession and the subsequent European debt crisis. At nearly 14%, Spain’s unemployment rate is already one of the highest in the developed world.

Spanish employers’ over-reliance on precarious, temporary contracts for workers and an economy that depends heavily on tourism means Spain’s labor market is particularly susceptible to a hit from the pandemic. March jobless claims rose the most on record, in line with the historic damage the disease has unleashed in labor markets around the world.

Spain’s central bank says the economy could shrink between 6.8% and 12.4% this year, a range that’s based on how long confinement measures are maintained as well as the survival rate of businesses. Spanish bonds fell after the report, pushing the yield on 10-year debt up seven basis points to 0.89%.