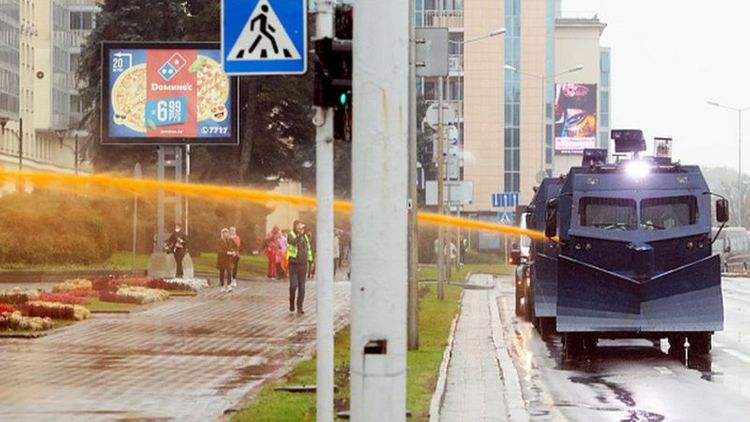 Police in Belarus have been authorised to use lethal force if necessary against anti-government protesters, a senior government official says.

The move was in response to increasingly radicalised, violent anti-Lukashenko groups, he said.

Separately, EU foreign ministers have said they are ready to impose sanctions against President Alexander Lukashenko.

Protests have swept the country since Mr Lukashenko claimed victory in an August poll widely viewed as rigged.

Belarusian authorities have been accused of brutality and torture in their suppression of the mass street protests that followed.

On Monday, the interior ministry confirmed police fired stun grenades and tear gas during an unauthorised rally in the capital, Minsk, which involved a large number of pension-age protesters.

A spokesperson said action was taken after "citizens started to show aggression". An unconfirmed number of demonstrators were also arrested.