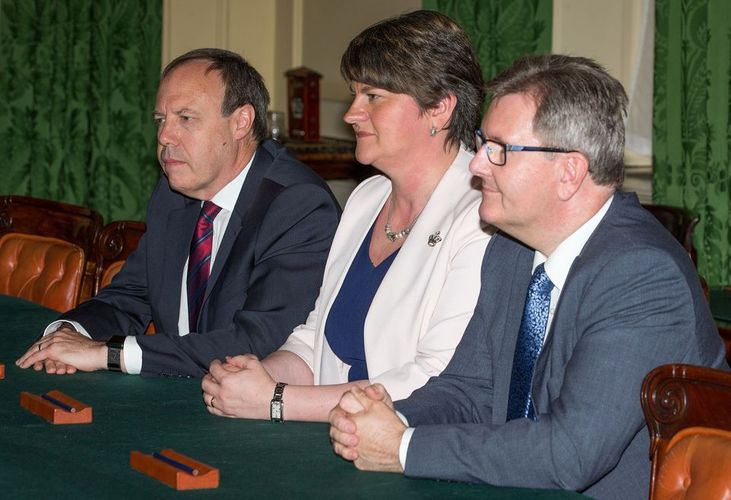 Northern' Ireland's biggest party was set for its first ever leadership election after its Westminster chief Jeffrey Donaldson threw his hat into the ring on Monday, promising to focus on the divisive issue of post-Brexit trade barriers, APA reports citing Reuters.

Donaldson will stand against Edwin Poots to lead the Democratic Unionist Party at a time of heightened instability in the British province and unionist anger over the installation of a customs border in the Irish Sea.

Both Donaldson and Poots, Northern Ireland's agriculture minister, stopped short of making detailed campaign promises. But Britain, Ireland and the rest of Europe will be watching for any hardening of stances on Brexit or social issues including abortion that could alter the political balance ahead of elections next year.

Donaldson or Poots will take over the leadership from Arlene Foster who announced last week she was stepping down as Northern Ireland's First Minister at the end of June, bowing to pressure from party members unhappy at her leadership. read more

Her departure has added to instability in the region, where angry young pro-British loyalists rioted in recent weeks, partly over the barriers that they feel have cut them off from the rest of the UK.

"I will develop and swiftly implement an agreed programme of meaningful reform and clear policy direction on key challenges like the protocol," Donaldson said in a video announcement, referring to the post-Brexit trading arrangements.

Like Foster, Donaldson, 58, is a former member of the more moderate Ulster Unionist Party. He was part of the negotiating team that stuck a deal to prop up the government of former British Prime Minister Theresa May in 2017.