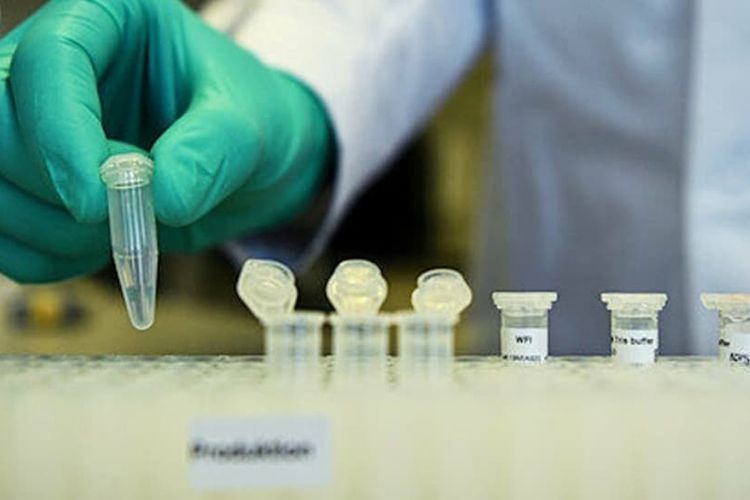 Russia has been accused by the Government of trying to steal Britain’s research into a Covid-19 vaccine in a state-sponsored cyber attack, APA reports citing The Telegraph.

The National Cyber Security Centre (NCSC) told Boris Johnson it had the “highest level of confidence” the Kremlin was behind the “ongoing” attack, which was also verified by the US and Canada.

Both Oxford University and Imperial College London, the two British teams trying to develop a vaccine, are understood to have been targeted. Security sources refused to say whether any attempts to steal information had been successful.

The NCSC said the hack was part of an ongoing campaign of “malicious activity” that began in around February or March when coronavirus became an international pandemic.

Intelligence sources said knowledge of the attacks “is at the highest levels” in Russia, directly implicating President Vladimir Putin in the plot.

It named the hackers as a group called APT-29, better known by the nicknames Cozy Bear and The Dukes, and said for the first time that the group was part of the Russian intelligence service.

Separately, Dominic Raab, the Foreign Secretary, said “Russian actors” had also tried to “interfere” with the 2019 general election by repeatedly promoting online a leaked document that was touted by Jeremy Corbyn at a press conference in December.

On Wednesday researchers at Oxford University revealed to the Telegraph they had made a breakthrough in their attempt to develop a vaccine, which they suggested could be ready as early as October.

Then on Thursday Russia announced its intention to produce 200 million doses of an experimental vaccine this year, in what could be a hugely lucrative coup for the country’s sovereign wealth fund.

The timing of Russia’s announcement of its own alleged breakthrough will fuel suspicions that it could have used stolen data to rush out its own unproven vaccine in a bid to win the international race to be first with the jab.

News of the cyber attack was released in a joint statement by the UK, US and Candian intelligence services.

They said APT-29 - short for Advanced Persistent Threats - was waging a “campaign of malicious activity [which] is ongoing, predominantly against government, diplomatic, think-tank, healthcare and energy targets to steal valuable intellectual property”.

The news will ramp up tensions with Russia, which has already been accused of previous state-sponsored cyber attacks, including an attack on the UK energy grid on the day of the 2017 general election.

Intelligence sources said they had the “highest level of confidence in attribution”.

As long ago as May the NCSC - part of GCHQ - and the US Cybersecurity and Infrastructure Security Agency warned that international cybercriminals were targeting healthcare bodies around the world involved in the coronavirus response.

They did not name the countries at the time but sources suggested the culprits included Russia, China and Iran.

In today’s report, the NSCS, America’s National Security Agency and Canada’s Communications Security Establishment said that: “Throughout 2020, APT29 has targeted various organisations involved in Covid-19 vaccine development in Canada, the United States and the United Kingdom, highly likely with the intention of stealing information and intellectual property relating to the development and testing of Covid-19 vaccines.”

It said the group was using custom malware known as WellMess and WellMail to target the organisations, probing their networks to find weaknesses and exploiting them before they were discovered.

Paul Chichester, the NCSC Director of Operations, said: “We condemn these despicable attacks against those doing vital work to combat the coronavirus pandemic.

“Working with our allies, the NCSC is committed to protecting our most critical assets and our top priority at this time is to protect the health sector.

“We would urge organisations to familiarise themselves with the advice we have published to help defend their networks.”

In May the agencies said they had discovered a number of “password spraying” attacks in which hackers tried to access large numbers of accounts using commonly-used passwords.

The NCSC said at the time it thought the criminals were trying to gather information relating to the coronavirus pandemic.

It led to medical research staff being told to improve their password security after Health Secretary Matt Hancock gave GCHQ permission to access the NHS’s IT network.

Speaking in May, Dominic Raab, the Foreign Secretary, said: “There will always be some that seek to exploit a crisis for their own criminal and hostile ends.

“We know that criminals and malicious groups are targeting individuals, businesses and other organisations.

“That includes groups that are known in the cyber security world as advance persistent threat groups - sophisticated networks of hackers that try to breach security systems.

“They're often linked with other state actors, and we expect this kind of predatory criminal behaviour to continue and to evolve over the coming weeks and months ahead, and we're taking a range of measures to tackle that threat.

“We are working with the targets of those potential attacks and others to make sure that they're aware of the cyber threat' and that they can take the steps necessary to protect themselves and at the very least mitigate the harm that could be brought against them.

Mr Raab said the criminal behaviour would “continue to evolve” and targets would be given help to defend themselves against cyber attacks from “hostile states” and “criminal gangs”.

He said the country remained determined to defeat both coronavirus and those who look to exploit it “for their own nefarious ends”.

The NCSC launched a Suspicious Email Reporting Service in April, following a surge in the number of coronavirus-related email scams.

It enables the public to forward emails directly to the centre to report suspected scams. More than 25,000 reports were received in the first week and 395 websites were taken down.

Mr Raab added: "It is completely unacceptable that the Russian Intelligence Services are targeting those working to combat the coronavirus pandemic.

"While others pursue their selfish interests with reckless behaviour, the UK and its allies are getting on with the hard work of finding a vaccine and protecting global health.

"The UK will continue to counter those conducting such cyber attacks, and work with our allies to hold perpetrators to account."