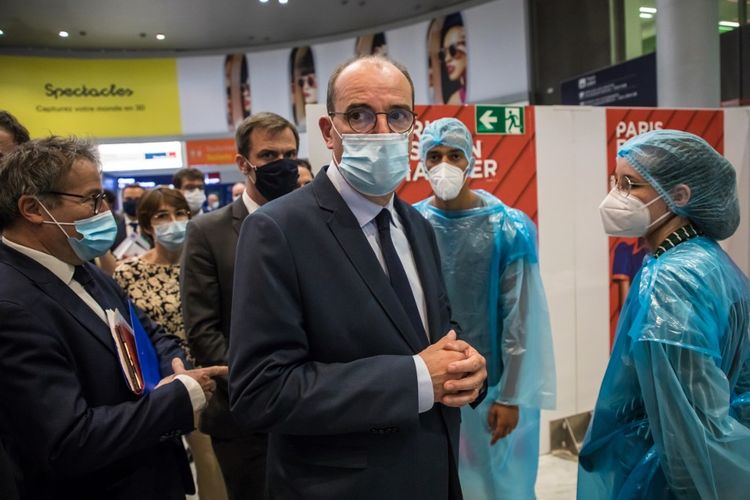 In a press briefing at Roissy-Charles-de-Gaulle Airport outside Paris, Jean Castex detailed the new rules for passengers arriving in France.

The measures include an increase in daily swab testing from 2,000 to 6,000 at Roissy, and to 2,000 per day at Orly Airport. Additional health professionals will be recruited to carry out the tests.

Morocco could be added later.

All travelers from these countries must submit a test certifying that they are COVID-19-negative and will be tested on the spot in the absence of such a document. If found to be infected, they will be required to remain in quarantine for 14 days.

"We know that in a number of these countries, there is no screening strategy and that access to tests is difficult. As a result, we have decided to generalize testing on arrival," he said.

France maintains a closed border with these 16 countries, with exceptions made only for French nationals or those holding residency in the country.

Castex had attended a Defense Council meeting on Friday morning at the Elysee Palace with President Emmanuel Macron and key ministers to discuss these measures, as well as other steps needed to keep the virus in check.

Over 1,000 new cases were recorded nationwide by end of Thursday in France, according to Director General of Health Jerome Salomon.

To help stem the spread of infection, Minister of Health Olivier Veran introduced compulsory mask wearing in public enclosed areas as of Monday.