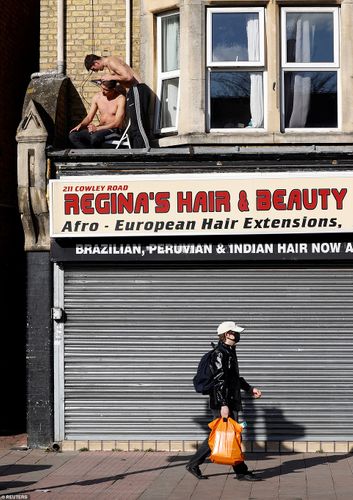 Pubs, cinemas, and hairdressers could be the ‘first in and last out of lockdown’ after Boris Johnson said parts of Britain’s hospitality sector would reopen from July ‘subject to scientific advice’, APA reports citing Sky News.

In a televised address on Sunday, the PM said that his government would reopen ‘at least some of the hospitality industry and other public places, provided they are safe and enforce social distancing’.

Cafes and restaurants are expected to reopen in two months because they can enforce a 2m (6ft 6in) distance. But it is not known when hairdressers, cinemas, and gyms will open their doors.

Government officials have also ruled out pubs reopening in July on grounds of enforcing social distancing guidance, meaning that British drinkers will not be served this summer.

The British Beer & Pub Association has slammed the government’s exit strategy, warning that the sector remains in ‘limbo’ and faces ‘severe uncertainty and financial devastation’.

From Monday, people who cannot work from home are being actively encouraged to go to work instead of being told to only go if they must. But they should avoid public transport if at all possible.

From Wednesday, people can take unlimited amounts of outdoor exercise and even play sports, but only with members of their household. Visiting and sunbathing in local parks will also be allowed.

But tough social distancing will still have to be obeyed with bigger fines for ‘the small minority’ who flout them.

Primary schools may reopen by June 1 along with the phased reopening of shops. But secondary schools will not reopen before the summer holidays. Parts of the hospitality and leisure sectors will reopen in July.

A new COVID Alert System is being set up determined mainly by the reinfection rate and the number of cases. The alert levels will be one to five and the higher the level, the tougher measures will have to be.

The PM said the UK had been in Level Four but ‘we are now in a position to begin to move in steps to Level Three’. Level One means coronavirus is no longer around while Level Five would be the NHS being overwhelmed.