Coronavirus chaos in the Netherlands: "Nobody helps anyone" 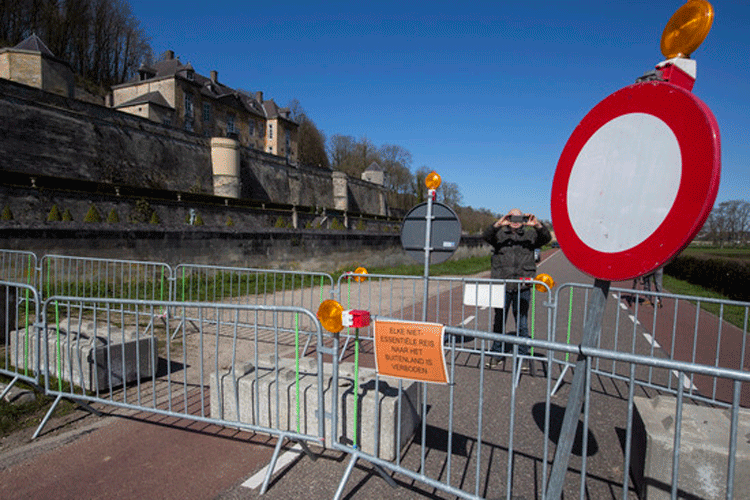 The COVID-19 epidemic in the Netherlands develops according to the Italian scenario in terms of the intensity of the spread of the virus and the increase in mortality among already sick. But the government is still debating whether to introduce strict isolation, to completely close schools and shops? What do the Dutch expect and fear, correspondent of "Moskovskiy Komsomolets" newspapers writes from Country of Tulips, APA reports.

Inexplicably popular, like everywhere else, we use toilet paper. There is still nothing to feed cats since cat canned food has disappeared too. Maybe they are stocked up to eat later when nothing else is left? So far, basically, they are buying very cheap products.

I myself am at risk for disability, but I am not supposed to receive any benefits. They just said to stay at home. We decided to arrange a holiday at home only for our family, we brought herring, gingerbread and sauerkraut from a Russian store ... My husband, technical director at a computer company, has been working for six years on a remote site to look after a disabled person, that is, me, and I have been sitting at home for ten years, so little has changed for us in terms of the regime. The last two days I have a sore throat and fever, but I understand that it is most likely naughty. People like me were forbidden to go out; I need a doctor, but I will wait. Our adult daughter lives separately and also does not go anywhere except a pharmacy.

A few days ago, the Prime Minister of the Netherlands came up with an amazing idea to repeat the British experience: indeed, why shouldn't everyone, healthy and sick, young and those who are old, get this virus to develop a collective immunity to infection? True, the doctors did not encourage the plans of the prime ministers, as they calculated that the country would need several decades to develop immunity. Many believe in the conspiracy theory that the top plans include thinning out the useless elderly population, so several people are buried every day in special villages where pensioners live, as in Italy.

It seems to me that the problem of a large number of infected in Nursing Homes is that there were initially not enough doctors there. The old men were given there to die, and before death, they were amused, there was a headquarters of a mass-entertainer, a nurse for care, but there was no highly qualified medical personnel. The old people took it for granted and now they are doomed. According to statistics, those who are in intensive care survive, and among the healthy, there is a division into the poor and the rich, those who sit in large houses can afford not to go out for weeks, and the poor who live in social apartments of ten people each, who do not have a place for food stocks even for a few days, and the chances of contracting such crowded conditions are much greater.

Recently, two private hospitals were closed due to bankruptcy, now they are trying to make some kind of clinics from hotels, but they cannot guarantee at least some acceptable level of medical care there. By the way, family doctors receive patients in special white overalls and masks, which adds color to the local exterior.

Some doctors over the phone cancel the appointments already assigned, even those who should be at the sick home. There are doctors who consult on Skype, all is better than nothing. There are no volunteers, as in Russia. Nobody is unselfishly helping anyone. The Dutch have to pay, otherwise, they will not budge.

I read newspapers: a lonely disabled person will give 3000 euros to anyone who is ready to quarantine with him.

There are many sites selling masks, but these are scammers. There are no masks anywhere, my husband tried to buy, we were promised delivery within a week, moreover, for 300 euros and it is still in doubt.

More from the latest news: Holland recalled its troops from Iraq and Afghanistan. A local vehicle insurance company offered helicopters for transporting patients. Special resources educate in several languages, including the deaf language, what to do at the first sign of infection.

Our streets resemble shots from horror films - cars do not drive, people do not drive, public transport is unlucky, and even postmen work only because they were promised to increase their salaries. Almost all the stores are closed, schoolchildren were quarantined with homework, which makes their parents crazy because it’s not at all easy to occupy children with their frantic supply of energy. They write that the number of complaints to the police about domestic violence against children has risen sharply. Examinations at the end of the year were also canceled, all students will receive grades on the basis of previously submitted ones.

According to the forecasts of epidemiologists, the worst will begin in a week and a half. Taking into account Dutch carelessness, I expect a lot of idiocy, connivance, and appeals to the Lord. By the way, they say that at the height of the epidemic, local residents began to run to church more often and visit religious sites.

Local entrepreneurs who have lost their income require compensation from the government. Large companies have a safety cushion, but small private owners do not have it; an insurance policy for such force majeure was not provided, because it was not necessary. No one could have imagined that this would happen. It seems to me that the state’s reserves are not enough to make up for such a huge amount of financial losses.