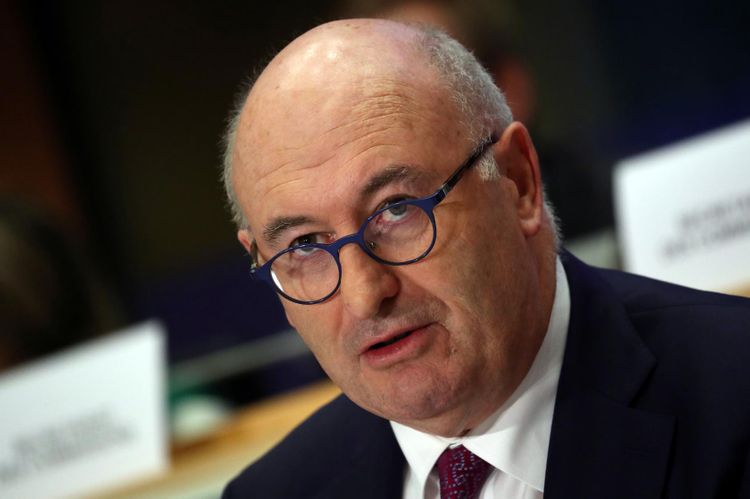 There is no real sign that Britain is approaching trade talks with the European Union with a plan to succeed and it appears set to blame any post-Brexit fallout on the economic shock from COVID-19, the EU’s trade chief said on Thursday, APA reports citing Reuters.

The tortuous talks, now focused on setting new trading terms from 2021 when London’s status-quo transition period after Brexit ends, quickly hit an impasse when they resumed last month, according to EU diplomats and officials.

The two sides have so far been unable to find any compromise on three main areas: the so-called level playing field; guarantees of fair competition and on governance and fisheries policy, lending a new combative air to talks due to resume on Monday.

“Despite the urgency and enormity of the negotiating challenge, I am afraid we are only making very slow progress in the Brexit negotiations,” European Trade Commissioner Phil Hogan told Irish national broadcaster RTE.

“There is no real sign that our British friends are approaching the negotiations with a plan to succeed. I hope I am wrong, but I don’t think so,” he said.

“I think that the United Kingdom politicians and government have certainly decided that COVID is going to be blamed for all the fallout from Brexit and my perception of it is they don’t want to drag the negotiations out into 2021 because they can effectively blame COVID for everything.”

A spokesman for British Prime Minister Boris Johnson rejected Hogan’s description of London’s position, saying: “We look forward to negotiating constructively in the next round beginning on the 11th of May.

“We are ready to keep talking with the EU, but that will not make us any more likely to agree to the EU’s proposals in certain areas which are unprecedented and do not take account of the fact that we have left the EU as an independent state.”