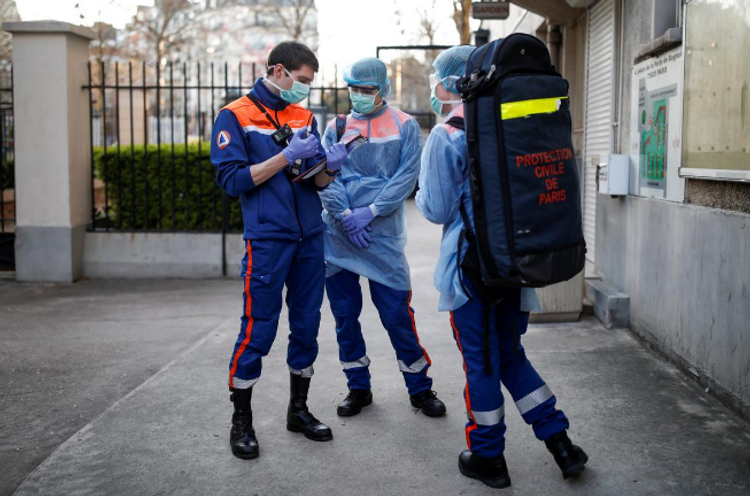 France’s daily death toll from the novel coronavirus fell in the past 24 hours and admissions into intensive care also slowed, the health ministry said on Sunday, thanking citizens for largely respecting a lockdown to halt the spread of the virus, APA reports citing Reuters.

The health ministry data showed that 357 people died from COVID-19 in hospitals, compared with 441 in the previous 24 hours, taking the total toll in hospitals to 5,889.

“These data confirms that the epidemic is ongoing in the country, and continues to hit hard,” the ministry said.

France decided on March 17 to confine its residents to homes to curb the spread of the virus as a daily surge of infections threatened the health system. The measures have been extended until April 15, and are likely to be extended again.

“French men and women who are in their twentieth day of confinement must be thanked,” the health ministry said in the statement.

It urged citizens to continue respecting the strict confinement measures and keep their distances. Authorities and doctors warned people earlier on Sunday not to be tempted outside by the sunny spring weather.