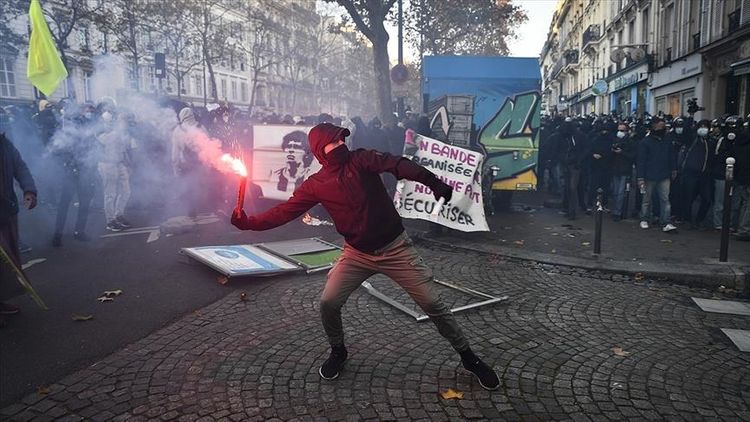 Facing protests of the measure, France’s Parliament on Monday decided to drop a controversial plank of a new security bill which would restrict the right to film or take pictures of police officers on duty, APA reports quoting Anadolu Agency.

Christophe Castaner, head of the ruling LREM Party, told a press conference that the article will be rewritten and a new version submitted to parliament soon.

Article 24 of the bill drew controversy for specifying a year in prison or a fine of €45,000 ($53,700) for disseminating "face images or any other identifying element of an officer belonging to the national police or the gendarmerie acting in the context of a policing operation… with the aim of causing harm to his or her physical or psychological integrity."

Supporters of the bill argued that it would protect law enforcement, whose members are often subjected to harassment.

Free speech advocates said it would muzzle the free press and hobble efforts to rein in abuses by police.