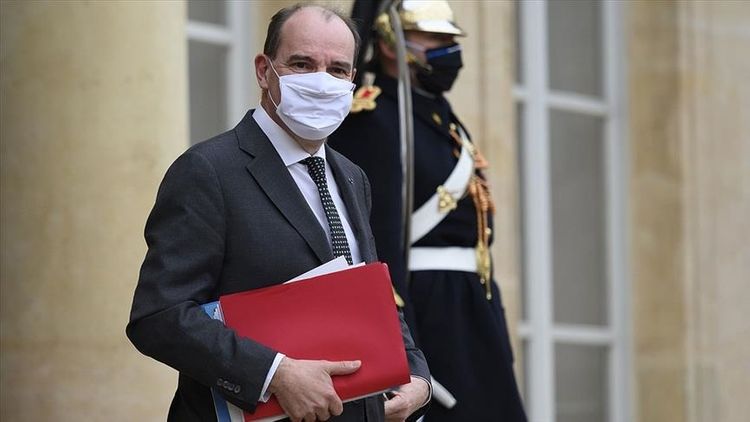 Castex was scheduled to visit Algeria on April 11 for a high-level Franco-Algerian intergovernmental committee meeting.

Appearing on the Grand Jury news program at the RTL/Le Figaro/LCI media, Clement Beaune, secretary of state for European affairs, said: "There are sometimes use of excessive words in Franco-Algerian relations."

He was referring to the recent statement by Algeria’s Labor Minister El Hachemi Djaaboub, who declared France "our traditional and eternal enemy."

Beaune, however, claimed the cancellation of the high-level meeting is not related to tensions, but to the health crisis which prevented a large delegation of French officials from travelling to Algeria.

"We collectively preferred to postpone this meeting which will take place in a few months," he said.

The secretary also insisted there was no need to recall French envoy from the North African country due to the statement by Djaaboub.

"We must appease all this," Beaune said, adding that Foreign Minister Jean-Yves Le Drian was in contact in with his Algerian counterpart to reschedule the visit.

The Algerian minister had blamed the former colonial power for the deficit in the National Pension Fund (CNR), during a plenary session at the Council of Nation on April 8, according to a report by Algerie-Eco news.

News reports from North Africa blamed simmering tensions between the two countries for the cancellation of the French premier’s visit.

In January, Macron refused to issue an official apology over the occupation of Algeria and the bloody eight-year war that ended the French rule.

Last week, during the French army chief Francois Lecointre’s visit to discuss military cooperation, his Algerian counterpart Said Chanegriha publicly called on Paris to hand over the maps of abandoned nuclear test sites in order to decontaminate the region from the threat of the radioactive fallout.

Algeria is also seeking compensation for the 7,300 disabled victims of landmines planted during the war on the country’s eastern and western borders.

The high-level committee meeting planned for the first time since December 2017 was to discuss bilateral cooperation in the areas of economy, security, education and culture.