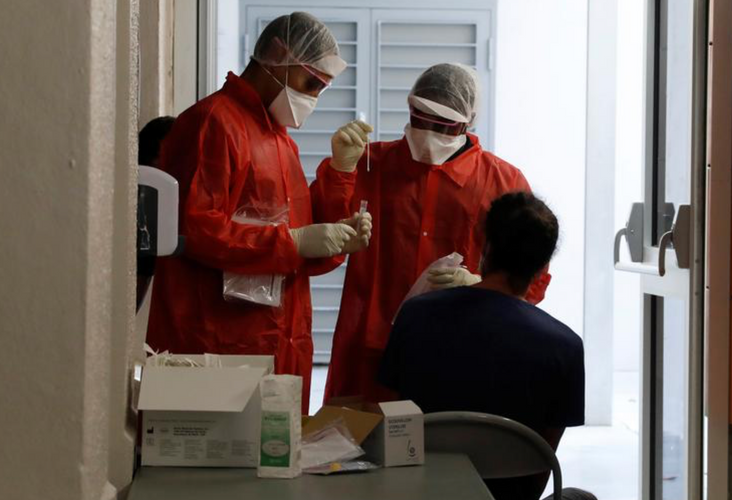 The rise followed a government decision to make COVID-19 tests free, leading to a surge in testing and an increase in infection rates.

The previous high in 24 hours in France was 10,561 new cases, recorded on Sept. 12. The seven-day moving average of new cases - which smoothes out irregularities - rose to a high of nearly 8,800.

The ministry reported that the cumulative number of cases had risen to 415,481, and the death toll had risen by 50 to 31,095, the second-highest number of new deaths in a day in two months.

The government’s decision to make COVID-19 testing free has resulted in long queues at testing centres in cities and testing has increased six-fold since the peak of the first coronavirus wave.

About 1.2 million tests were carried out last week, the health minister said. Data show 5.4% of tests were positive.

Doctors say many tests are pointless as some people who have no symptoms, or have had no contact with people with confirmed cases, take multiple tests.