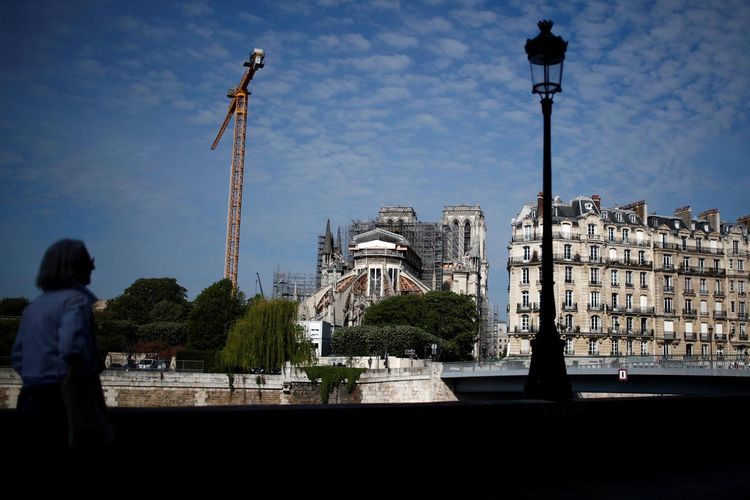 France will reveal its plans to unwind a six-week-old coronavirus lockdown on Tuesday, joining countries from Asia to the Americas looking to take advantage of falling infection rates to rescue their free-falling economies, APA reports citing Reuters.

Prime Minister Edouard Philippe faces a delicate balancing act, keen to relieve the mounting frustration of people holed up in their homes since mid-March without heightening the risk of a second wave of infections if France moves too swiftly.

He will present the measures to parliament at 3 p.m. (1300 GMT), followed by a debate and vote in the early evening, with just 75 of the National Assembly’s 577 lawmakers sitting in the chamber to respect social distancing rules.

President Emmanuel Macron said earlier this month that a gradual loosening of the lockdown would begin on May 11, when schools and retailers would progressively reopen. Restaurants, cafes and cinemas will have to remain shut for longer, he said.

“It’s not possible to maintain such a lockdown,” Jean-François Delfraissy, head of the scientific committee advising the government, told LCI television. “The main issue is ensuring the infection rate does not pick up again.”

The global number of confirmed infections from the world’s worst pandemic in a century rose above 3 million this week. In France, the death toll passed 23,000 on Monday, the fourth highest behind the United States, Italy and Spain.

But the numbers in hospital in France with COVID-19, the highly contagious lung disease caused by the new coronavirus, have fallen daily for two weeks, while the number of sufferers in intensive care has declined for 19 consecutive days.

Meanwhile, the economic pain has grown with each week of lockdown.

The French economy, the euro zone’s second biggest, is forecast to shrink 8% in 2020. The number seeking jobless claims rose a record 7.1% in March, while data on Tuesday showed consumer confidence suffered its sharpest ever monthly drop in April.

Finance Minister Bruno Le Maire told lawmakers in mid-April the economy needed to return to a “more normal” rhythm. “I say ‘more normal’ because it is obvious things will be different afterwards,” he said while presenting a new budget.

Nearly two-thirds of the French people (62%) do not trust the government to handle the lifting of the lockdown well, an Odoxa-CGI survey published on Tuesday showed.

Central to a safe unwinding of the lockdown will be a successful ramping up of face mask supplies and coronavirus testing. The government is targeting a testing capacity of 700,000 per week; last week’s capacity stood at 200,000.

Opposition politicians on the left and right of Macron’s centrist party have accused the government of denying lawmakers adequate time to debate the end-of-lockdown measures.