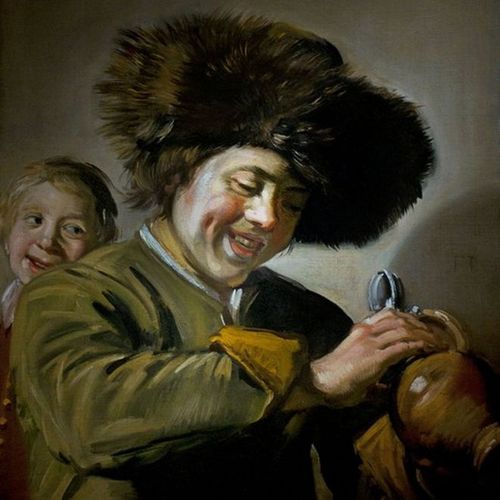 Security was stepped up the last time Frans Hals's painting Two Laughing Boys with a Mug of Beer was stolen from a small museum in the Dutch town of Leerdam, APA reports citing BBC.

But it was not enough to stop art thieves forcing open the back door and making off with it for a third time.

One of the Old Masters of the Dutch Golden Age, Frans Hals painted the work in 1626.

Art detective Arthur Brand said he believed it was "stolen to order".

"It's very difficult to secure small museums as it costs too much money. If they want to have your stuff, they'll get in," he told the BBC.

Two Laughing Boys was first stolen in 1988 along with a Jacob van Ruisdael work. Both paintings were recovered three years later.

The same paintings were taken again from the Hofje van Mevrouw van Aerden museum in 2011 and found six months on.

Frans Hals specialist Anna Tummers said at the time the painting was a "wonderful example of his loose painting style... it was very playful, daring and loose".