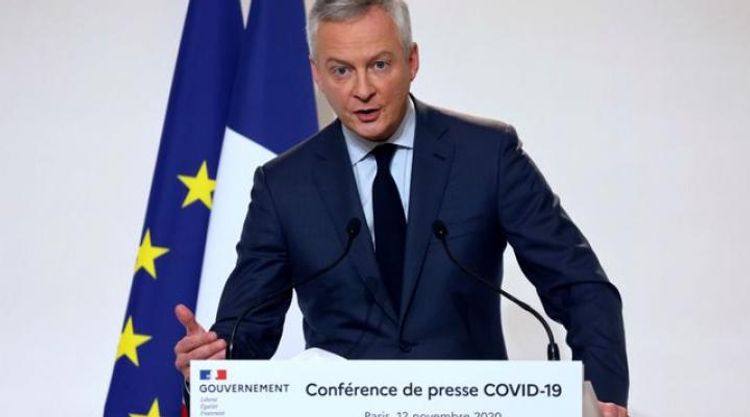 French Finance Minister Bruno Le Maire said on Friday he thinks a compromise can be reached over sanctions the United States and the European Union have imposed on each other over civil aviation subsidies for Boeing and Airbus, APA reports citing Reuters.

“I think that a compromise can be reached in the coming weeks, there is a possibility to build an agreement between the U.S. and Europe on this Airbus-Boeing case,” Le Maire said in an interview with CNN.

The European Union said on Monday it would impose tariffs on up to $4 billion worth of U.S. imports in retaliation for American subsidies for Boeing, despite hoping for an improvement in trade ties under U.S. President-elect Joe Biden, who takes office in January.

The EU move, given the green light by the World Trade Organization (WTO) last month, is the latest in a 16-year U.S.-EU dispute over civil aviation subsidies. U.S. tariffs on $7.5 billion of EU products after a parallel WTO case against Airbus have been in place for over a year.

“This Airbus-Boeing case is a very old case. The U.S. administration has decided to hit Europe with a sanction of $7 billion, so we had no choice but to respond to this sanction. ... This was the normal scenario,” Le Maire said.

He said he did not underestimate the difficulties of bridging the gap between the U.S. and EU positions but added that he would not spare efforts to reach a compromise, in the interest of both the United States and Europe.

Starting on Tuesday, the EU is imposing tariffs of 15% on U.S. exports of planes and parts and of 25% on a range of products, including tobacco, nuts, fruit juice, fish, spirits, bags, tractors and casino and gym equipment.

“We need to move away from sanctions. ... The election of President Biden will be a new start in the relationship between Europe and the United States,” Le Maire said.