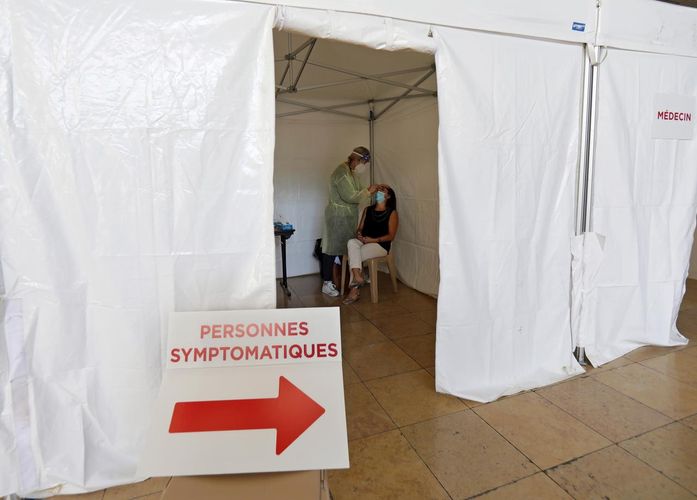 The French government will discuss on Friday whether to impose new, local lockdowns to try to tackle rising COVID-19 while keeping economic and social activities going, APA reports citing Reuters.

Government spokesman Gabriel Attal said on Thursday that nothing would be ruled out at Friday’s cabinet meeting, while President Emmanuel Macron said he hoped any new measures would not be too restrictive.

Macron said that while he would not want to pre-empt any decisions, he hoped current rules would allow France to tackle the virus and let people live as normally as possible.

He was referring to measures such as social distancing and the compulsory wearing of face-masks in much of France.

“We need to do it while allowing us to continue to live, such as being able to educate our children, treat other illnesses and protect other patients,” Macron told a news conference in Corsica.