French warn UK ahead of vote on Brexit trade deal 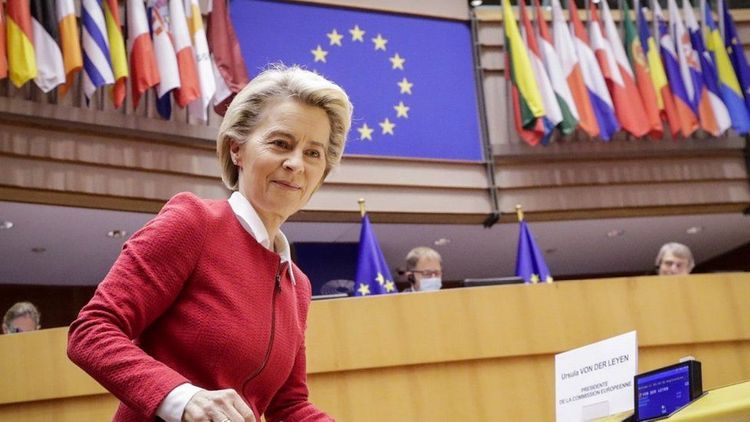 The European Parliament is expected to ratify the post-Brexit EU-UK trade deal, amid tensions including a French threat of reprisals against the UK, APA reports citing BBC.

The Trade and Co-operation Agreement (TCA) has been operating provisionally since January and is expected to be ratified by MEPs later on Tuesday.

French Europe Minister Clément Beaune accused the UK of blocking fishing rights. He said the EU could respond with "reprisals" in financial services.

It means goods - but not services - can be traded free of tariffs or quotas. The UK economy is dominated by services.

The TCA has still resulted in more paperwork, extra costs and less trade between the two sides, since the UK left the EU.

Praising the deal when it was agreed in December, UK Prime Minister Boris Johnson said "we have taken back control of our laws and our destiny".

He described it as "a deal which will if anything allow our companies and our exporters to do even more business with our European friends".

There are tensions over the UK's unilateral decision to ease trading rules for Northern Ireland.

Under a separate protocol, Northern Ireland remains de facto part of the EU's single market, so goods arriving there from Britain have to undergo EU checks. Since Brexit there has been some disruption to that trade.

EU Commission President Ursula von der Leyen said the EU was determined to resolve those difficulties with the UK.

"We need solutions, not soundbites, if we are to make the protocol work for the benefit of everyone in Northern Ireland," she said.

France's Clément Beaune threatened reprisals in sectors such as financial services if the UK failed to implement agreements on fishing in full.

The UK made fishing rights a key issue in the negotiations, with control over access to its waters seen as a sign of British sovereignty.

Mr Beaune warned that France could hold up approvals for British financial service operators to work in the EU.

"The United Kingdom is expecting quite a few authorisations from us for financial services. We won't give any for as long as we don't have guarantees on fishing and other issues," he said on French news channel BFMTV.

French fishermen have complained of being prevented from operating in British waters because of difficulties in obtaining licences.