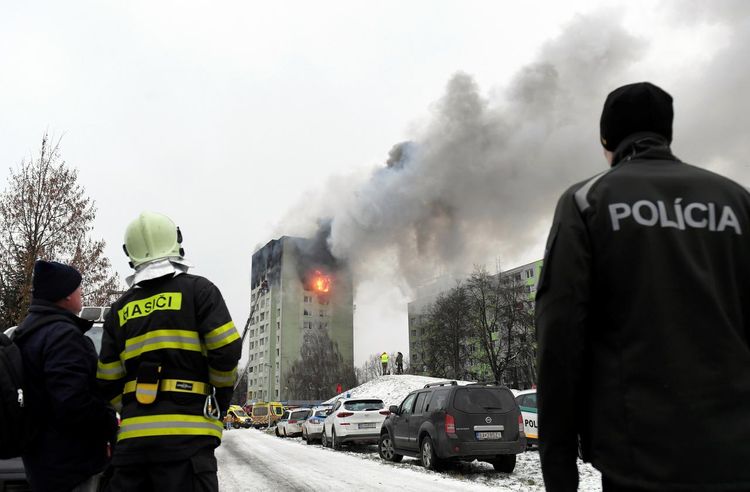 Fire ripped through top five floors of the 12-storey building, causing the roof and an internal staircase to cave in.

Some 85 firefighters were trying to put out the blaze in the building, which they said was at risk of collapsing.

Mayor Andrea Turcanova said at the site of the accident there were “many injured” in the biggest tragedy that had happened in the town of almost 90,000 in half a century.

The rescuers said they had been able to evacuate all the other people they could see in the building. It was not immediately clear how many people had been inside.

A gas explosion at a multi-storey apartment block in the eastern Slovak town of Presov has killed at least three people, rescuers said on Friday, APA reports citing Reuters.

There were several people trapped on the roof of a 12-storey building after the explosion caused a fire, rescuers said.