Georgia not to sever diplomatic relations with Ukraine because of Saakashvili 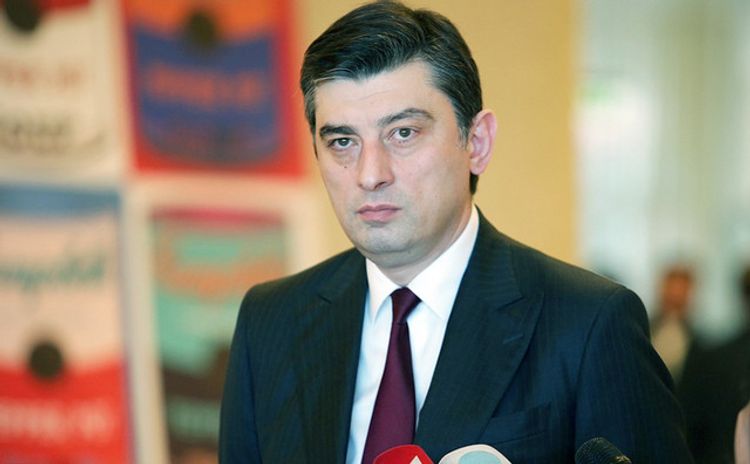 11 May 2020
Georgia is not going to sever diplomatic relations with Ukraine due to the appointment of Mikheil Saakashvili to a high position in Ukraine, APA reports citing Georgian First Channel.

"We recall the ambassador from Ukraine for consultations, but this does not mean that we question diplomatic relations or strategic partnership," Prime Minister of Georgia Giorgi Gakharia said.

The Prime Minister of Georgia notes that the strategic partnership with Ukraine will not be called into question "because of certain irresponsible politicians."

Gakharia reminded that he was personally involved in the process of normalization of relations with Ukraine after Saakashvili's resignation from the post of the Odesa region governor. According to him, Georgia has never concealed from Ukraine its attitude towards Saakashvili.

"Now we recall the ambassador so that such political adventurers will not able to damage and jeopardize our relationship with our fraternal and strategic partner. This is the most important thing for us. After this appointment, the guarantees of non-interference in the internal affairs of other countries should be provided. I am very interested, and we will see how Mikheil Saakashvili can be kept from interfering in Georgia's internal affairs now," Gakharia said.

On May 8, Minister for Foreign Affairs of Georgia David Zalkaliani announced that, by the decision of Georgia’s Government, Georgian Ambassador Extraordinary and Plenipotentiary to Ukraine Teimuraz Sharashenidze would be summoned for consultations in Tbilisi after Saakashvili had been appointed as the Chairman of the Executive Committee of the National Reforms Council.

In January 2018, the Tbilisi City Court found Saakashvili guilty of abuse of office in Sandro Girgvliani case and sentenced the former president to three years in prison. According to the investigation, in 2009, the then President of Georgia Saakashvili bypassed the Pardon Commission and illegally pardoned four employees of the Constitutional Security Department convicted for the murder of Girgvliani.

In addition, in June 2018, the Tbilisi City Court found Saakashvili guilty of beating MP Valeriy Gelashvili in 2005 and sentenced him to six years in prison.

Saakashvili is also charged with embezzlement of nearly $ 4 million in Georgia.

On May 7, President of Ukraine Volodymyr Zelensky appointed Mikheil Saakashvili as the Chairman of the Executive Committee of the National Reforms Council.