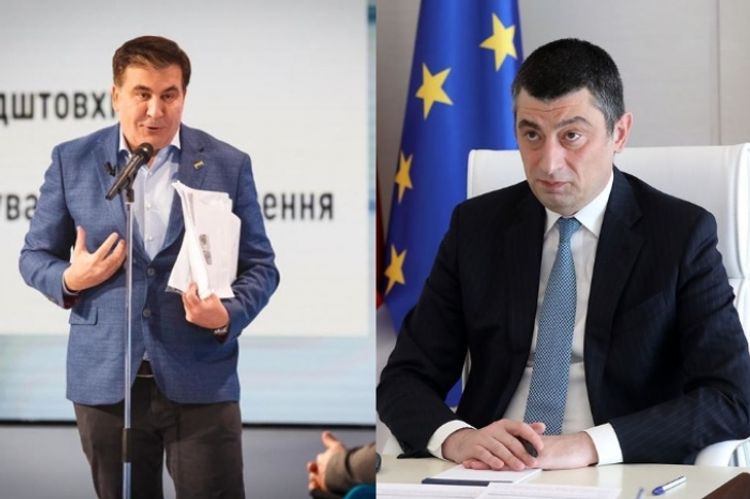 Georgian PM Giorgi Gakharia made strong and resolute statement about appointing former Georgian president Mikheil Saakashvili as Vice Prime Minister in Ukraine. Appointment of a person who is wanted and convicted in Georgia, his owb country is categorically unacceptable for us and it will be followed with consequences, Georgian Prime Minister Giorgi Gakharia said about allegations Mikheil Saakashvili is to be appointed as Vice Prime Minister in charge of reforms in Ukraine, APA reports citing Georgia Today.

"Ukrainian are brotherly people to the Georgians”  PM said. “Ukraine is our strategic partner and no narrow political calculation will change this in the long term. However, it is categorically unacceptable for us appointment as Vice Premier someone who is wanted and convicted in Georgia, even from the strategic partner.

“Of course, such a step will be followed by a relevant reaction from Georgia. We have not withdrawn an ambassador from Ukraine yet, but if this decision is made (by Ukraine), we will withdraw our ambassador for at least consultations” – Giorgi Gakharia noted.

The former head of the Odessa region and ex-president of Georgia Mikheil Saakashvili agreed with the proposal of the President of Ukraine Volodymyr Zelensky to take the post of deputy prime minister for reform in the government of Denys Shmyhal.

Mikheil Saakashvili published information about his possible appointment on April 22.