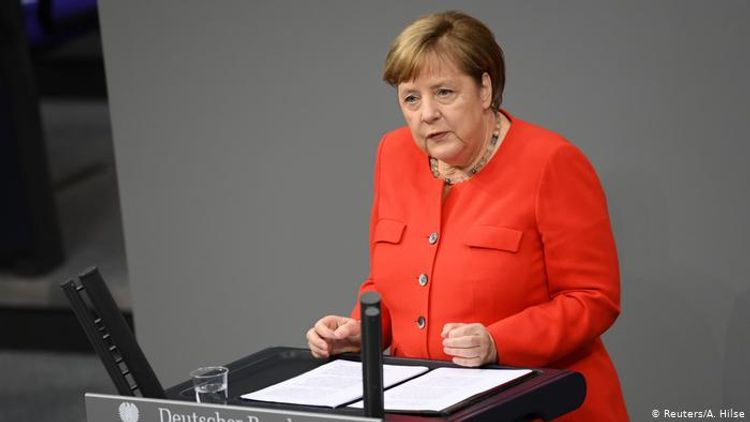 Berlin needs to continue constructive dialogue with Moscow, including for reasons of Russia’s strategic influence in Syria and Libya, German Chancellor Angela Merkel said in an interview to several European newspaper, including The Guardian, APA reports citing TASS.

"There are good reasons to keep engaging in constructive dialogue with Russia. In countries like Syria and Libya, countries in Europe’s immediate neighbourhood, Russia’s strategic influence is great," she said. "I will therefore continue to strive for cooperation."

At the same time, the chancellor accused Russia of "hybrid warfare" and "methods of destabilisation" which she claims have become "a Russian behaviour pattern."