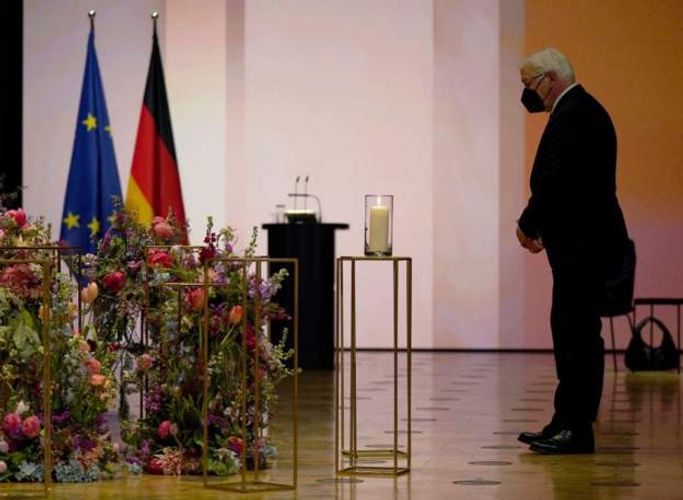 German President Frank-Walter Steinmeier has spoken of the deep wounds caused by the coronavirus pandemic, on a day of national mourning for the nearly 80,000 people in the country who have lost their lives to the virus, APA reports citing BBC.

In a televised address from a ceremony in Berlin, he reminded Germans that behind the statistics lay the fates of real people, who had suffered often lonely and agonising deaths.

Steinmeier paid tribute to doctors, nurses and carers who had looked after patients, as Germany battles a third wave of the virus.

He also acknowledged the damaging impact of restrictions on people's lives, but said decisions had been made to avoid an even bigger catastrophe.

"My request today is this: let us speak about pain and suffering and anger. But let us not lose ourselves in recriminations, in looking back, but let us once again gather strength for the way forward," he said.

The presidential post is largely ceremonial in Germany, but involves representing the country abroad and is seen as carrying moral weight.