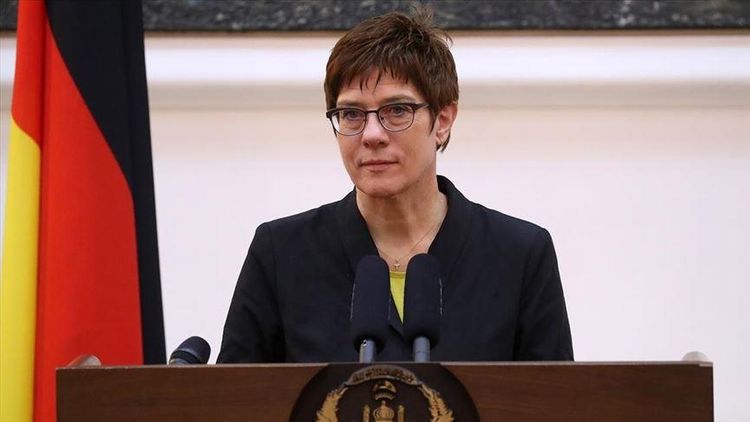 Speaking at the conservative Konrad-Adenauer Foundation in the south German town of Koenigsbronn, Kramp-Karrenbauer said: "Russia's arms build-up and its warfare in the middle of Europe has created real threats."

The defense minister accused Moscow, among other things, of stationing missiles "that can reach Germany without much warning."

"This happened in violation of the current arms control treaties and in secret," she said.

In 2018, Russia confirmed the stationing of Iskander missiles with a range of 500 kilometers (310 miles) in the Kaliningrad exclave located between Poland, Lithuania, and the Baltic Sea after a long game of hide-and-seek.

At that time, this was seen as Moscow’s reaction to the deployment of NATO troops in the Baltic states.

Kramp-Karrenbauer again assessed the current Russian troop relocation to the border with Ukraine as a deliberate provocation. "Unfortunately, the Russian approach is not suitable for creating trust, but rather should obviously provoke reactions," the minister said.

She praised Ukraine's level-headed in response to Russia's military actions.

"Because we -- together with Ukraine -- don't want to get involved in this Russian game," she said.

Earlier this week, Germany had raised concerns over Russia’s military build-up along its border with Ukraine, amid growing fears over a possible escalation in hostilities in the region.

Meanwhile, Kramp-Karrenbauer accused Russia of “increasingly defining itself as an illiberal, anti-democratic antithesis to the West.”

Other policy areas would be subordinated to this attitude, according to the defense minister.

Germany has been the scene of massive Russian cyberattacks and dissident killings in recent years.