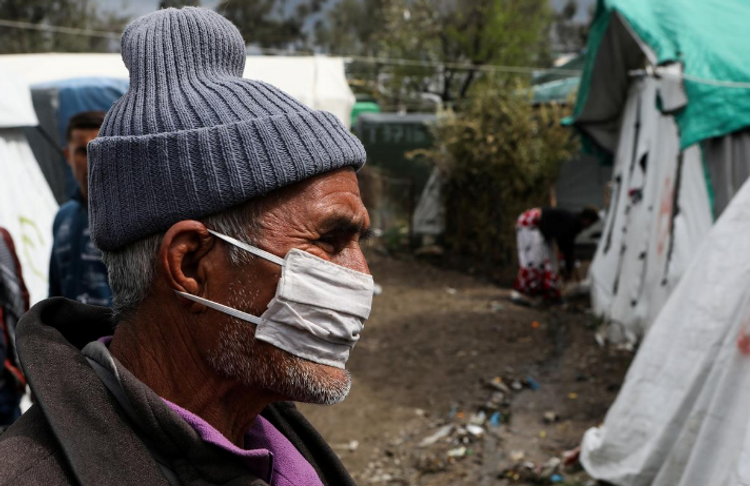 Greece has quarantined a second migrant facility on its mainland after a 53-year-old man tested positive for the new coronavirus, the migration ministry said on Sunday, APA reports citing Reuters.

The Afghan man lives with his family at the Malakasa camp, just north of Athens, along with hundreds of asylum seekers. He has been transferred to a hospital in Athens and tests on his contacts will continue as authorities try to trace the route of the virus.

Greece confirmed 62 new cases of COVID-19 later in the day, bringing the total in the country to 1,735 since its first case was reported in February. Seventy three people have died.

Last week, the Ritsona camp in central Greece was sealed off after 20 tested positive for the new coronavirus. It was the first such facility in the country to be hit since the outbreak of the disease. [L8N2BQ1V9]

Greece has been the main gateway into the European Union for people fleeing conflict in the Middle East and beyond. More than a million people reached its shores from Turkey in 2015-16.

At least 110,000 people currently live in migrant facilities - 40,000 of them in overcrowded camps on five islands.

“The number (of migrants and refugees) is very large, therefore it is a given, mathematically, that there will be confirmed cases,” Migration Minister Notis Mitarachi told Skai TV. “We have an emergency plan in place ... But it is more difficult to implement it on the islands.”

No cases have been recorded in camps on Greek islands so far.

The conservative government wants to replace all existing camps on islands with enclosed detention centers, but its plans have been met with resistance from local authorities and residents who want all facilities shut.

To contain the spread of the virus the government also wants new arrivals isolated from the rest of the migrants but most islands have not designated areas of accommodation, ministry officials said. About 120 people who recently arrived on Lesbos have not yet found a shelter, according to sources.

Aid groups have urged Greece to evacuate the camps, warning the risk of the fast-moving virus spreading among people living in squalid conditions is high and containing an outbreak in such settings would be “impossible”.

The camp in Malakasa, 40 km (25 miles) northeast of Athens, will be put into quarantine for two weeks, the ministry said on Sunday, adding that police guarding the site would be reinforced to ensure the restrictions are implemented.

Greece has imposed a nationwide lockdown and banned arrivals from non-EU countries as well as Germany, Britain, Italy and Spain. The measures have hit its economy which is relying on tourism for a recovery after a decade-long debt crisis.