Hostility to Islam spreads like cancer in Europe: Erdogan 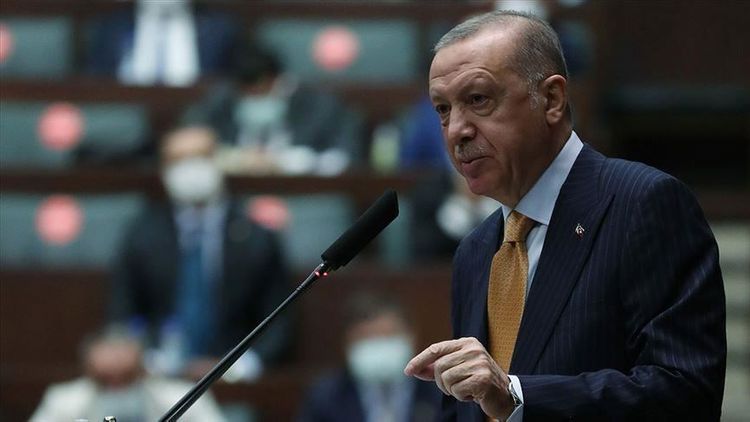 "Unfortunately, we are going through a period in which the hostility towards Islam, Muslims and disrespect to the Prophet Muhammad is spreading like cancer, especially among the leaders in Europe," Erdogan told his ruling Justice and Development (AK) Party's parliamentary group, APA reports citing AA.

Pointing out the rising offensive attitudes against Islam and Muslims, Erdogan said that they are being carried out under the guise of freedom of expression.

"No Muslim can be a terrorist, nor can any terrorist be a Muslim because "a terrorist is a black-hearted, bloody murderer who does not hesitate to kill innocents to achieve his own goals," he said.

On the recent publication of Charlie Hebdo which has published "loathsome so-called cartoons" purportedly of Erdogan after insulting Islam and Muslims, the Turkish leader said he believes that "enemies of Islam and Turkey will get drown in a swamp of hate which they have entered for the sake of freedom. That are the signs of Europe's return to its barbaric era."