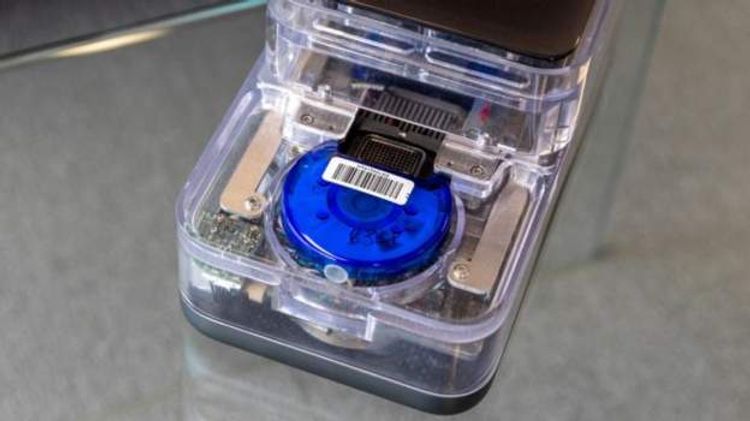 The swab is placed inside a disposable blue cartridge which contains the chemicals needed for the test. This is then slotted into a shoebox-sized machine to perform the analysis.

But experts have warned that it’s not a solution to the problems and delays of the Test and Trace programme.

This is because each box can handle one test at a time. So during a day, one box could perform only around 16 tests.

Prof Graham Cooke, lead author of the Imperial study, told BBC Radio 4’s Today programme that the test is fit for use, for example, in A&E or on a hospital ward.

The device is already being used in eight NHS hospitals to quickly identify patients who are carrying the virus.

The technology could in theory be used at home, but it’s not been designed for that purpose, he added.