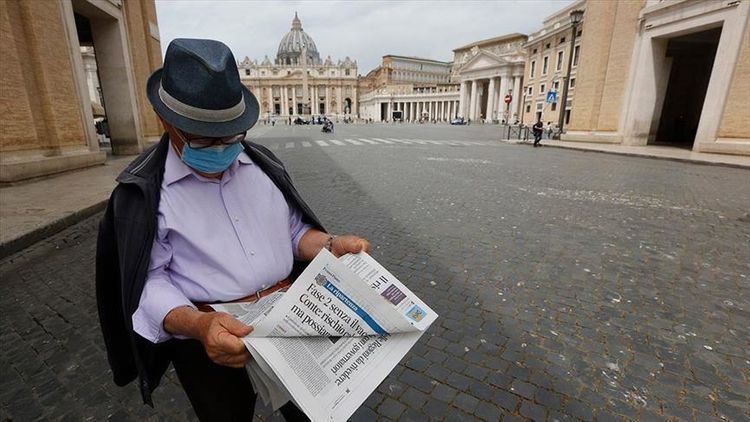 Data released by the country's Civil Protection Department confirmed the peak of the outbreak was left behind. The tally of active infections on Tuesday fell again by 1,424, placing the total at 65,129.

The epicenter of the Italian outbreak remains the northern Lombardy region, where fatalities continue to rise, reaching 15,597, almost half of the country's total deaths.

Prime Minister Giuseppe Conte on Tuesday told the concluding session of the 73rd session of the World Health Assembly that "since the start of the pandemic, Italy has promoted the reinforcement of global leadership and international solidarity to manage the emergency."

Conte also called for reinforcing "the rapid-alert mechanisms, the exchange of information, and the identification of best practices to improve the international community's preparation for the pandemic."

Conte added that "the sacrifice of the Italians has borne fruit" and that Italy was entering phase two of the emergency "with cautious optimism."

The Italian premier, however, remains under pressure from the opposition parties and faces a new headache on Wednesday, as parliament is set to vote two no-confidence motions against Justice Minister Alfonso Bonafede.

Bonafede has been harshly criticized for his decision to concede house arrest to mafia bosses due to high contagion risks in Italian prisons. If one of the two no-confidence motions is approved, he will have to resign, putting the whole government at risk.

The government relies on a very thin majority in the Senate -- where the two motions will be voted -- so it needs strong support from all the coalition to survive the votes.