Italy bans internal travel as a further 651 die from coronavirus 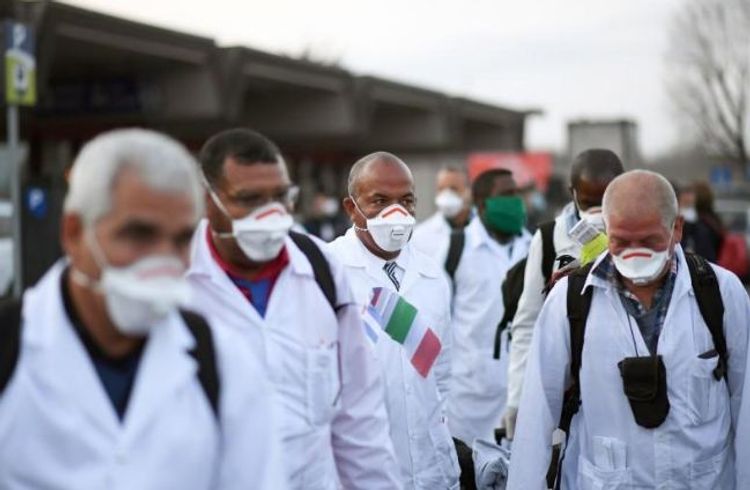 Italy banned travel within the country on Sunday in yet another attempt to slow the spread of the coronavirus, as data showed a further 651 people had died from the disease, lifting the number of fatalities to 5,476, APA reports citing Reuters.

A month after the first death from the highly infectious virus was registered in Italy, the government also issued an order freezing all business activity deemed non-essential in an effort to keep ever more people at home and off the streets.

Amongst the sectors targeted were the car, clothing and furniture industries. They have until Wednesday to wind down operations and will have to remain shuttered until April 3.

The interior and health ministries issued a separate statement, telling people they had to stay where they were, unless urgent business or health reasons forced them to move to another town or region.

Italy has registered more deaths than any other country in the world, while the number of confirmed cases is second only to China, with the tally rising by 5,560 to 59,138 on Sunday, the Civil Protection Agency said.

However, offering a ray of hope, the latest figures represented an improvement on Saturday, when the death toll rose by 793 and new cases increased by 6,557.

“We don’t want to get over enthusiastic or overestimate a trend, but compared to yesterday there is a slight drop in the figures,” said Franco Locatelli, the head of Italy’s top health council, which advises the government.

“We must not lower our guard, we must continue with the measures taken and respect the government’s instructions,” he told a news conference.

Regional leaders having been pushing Prime Minister Giuseppe Conte for days to tighten the screws as infections have spiralled, but some business leaders and financiers expressed alarm at his decision to shutter more companies.