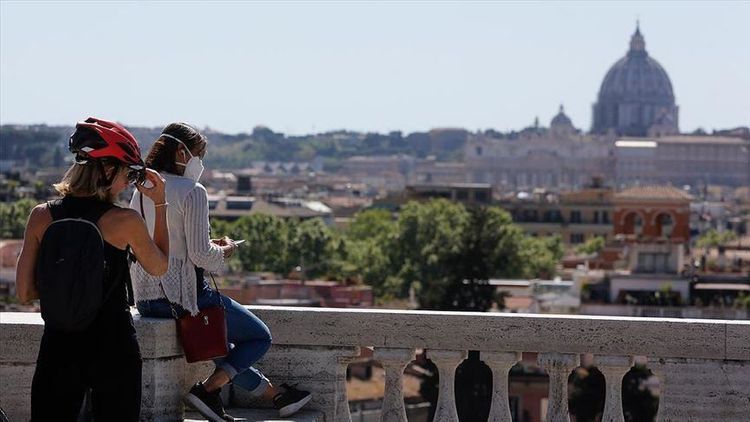 However, the death rate and the number of active infections keeps falling.

Data released by Italy’s Civil Protection Department confirm the peak of the outbreak has been left behind, but experts keep warning that a relaxation of the rules in the second phase of the emergency could spark a rebound in the virus contagions.

The epicenter of the Italian outbreak remains the northern Lombardy region, where fatalities have kept rising, surpassing the 15,000 mark, almost half of the country's total deaths.

The lockdown measures were partially relaxed starting on May 4 and are scheduled to be further eased in gradual steps: first on May 18 for retailers, and on June 1 for bars and restaurants. Schools will stay closed until September, while travel between regions -- except for justified reasons -- is still banned.

Italian Prime Minister Giuseppe Conte on Sunday reassured Italians that they will not be spending the summer in quarantine and that they will be able to go on vacation.

Italian tourism industry has been hit hard by the pandemic, so the premier suggested Italians to pick their country as a holiday destination.

The government, however, is under deep pressure to deliver a new package of economic measures, worth up to €55 billion, which should include new liquidity for struggling firms and welfare support for citizens hit hard by the economic fallout from the pandemic.

But the much-awaited Cabinet meeting scheduled for Monday to approve the measures was further postponed to later this week, confirming the deep divisions within Italy’s fragile government coalition over the economic package.