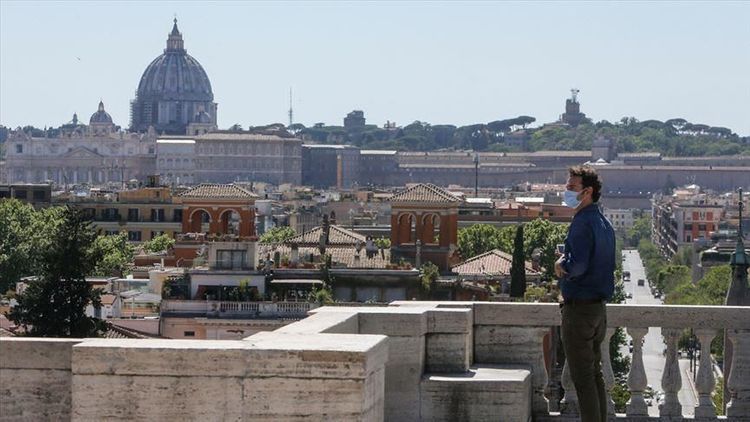 Italy on Saturday reported 194 new fatalities from the coronavirus, bringing the total to 30,395, as the number of active infections continued to fall and recovered people surpassed the 100,000 mark, APA reports.

Data released by Italy’s Civil Protection Department confirmed the peak of the outbreak passed, but experts keep warning that a relaxation in the lockdown could spark a rebound in the virus contagion curve.

The epicenter of the Italian outbreak remains the northern Lombardy region, where fatalities has kept rising, reaching 14,924, almost half of the country's total deaths.

The government insists that phase 2 – which started on May 4 – consists of “living with the virus” and that restrictions need to be lifted gradually. This means the announced steps could be pushed back or even canceled if scientific evidence shows the spread of the virus starts picking up again.

The lockdown measures are scheduled to be further eased in gradual steps: first on May 18 for retailers, and on June 1 for bars and restaurants. Schools will stay closed until September, while travel between regions -- except for justified reasons -- is still banned.

Prime Minister Giuseppe Conte is under increasing pressure for finalizing a new package of economic measures aimed at supporting citizens and firms hit hard by the emergency, as the already fragile Italian economy is seen shrinking by up to 10% this year.