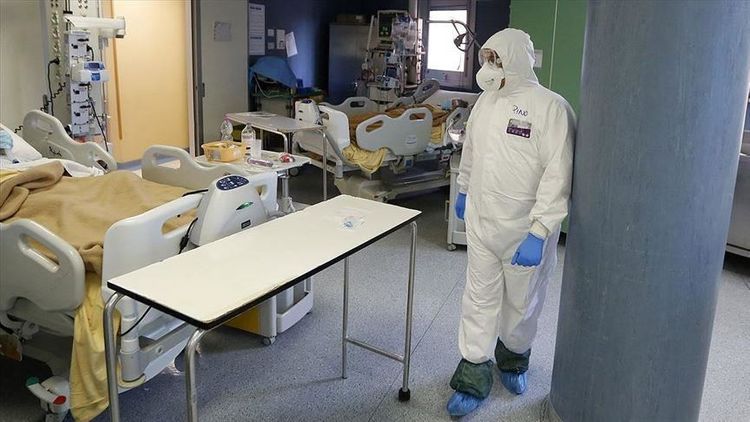 Italy on Saturday reported 619 new deaths from the novel coronavirus, bringing the total number of fatalities to 19,468 a day after the government announced a new extension of the nationwide lockdown until May 3, APA reports citing AA.

Current infections grew 2% from Friday to 100,269 – more than the previous day, when the rise was 1.4%. The number of recovered people continued to climb to 32,534, while the number of intensive care patients dropped for the eighth consecutive day.

The epicenter of the Italian outbreak remains the northern Lombardy region, which now counts 10,511 victims, more than half of the total.

Despite mounting pressures to start lifting some of the stringent measures – at least for Italy’s struggling businesses – Prime Minister Giuseppe Conte on Friday announced the extension of an almost-total lockdown until May 3.

The stringent lockdown rules for businesses and citizens will be maintained, with only a few exceptions that include book and stationery shops and baby clothing stores, allowed to reopen starting April 14.

Conte said that the government’s scientific advisers have confirmed that Italy’s contagions’ curve has slowed down, warning however that the risks remain high and that the rules cannot be relaxed, especially during the Easter holiday.

The premier added, however, that the government is already planning how to handle the so-called “phase 2” following the emergency which will assist Italian citizens and businesses in the recovery.

For that purpose, it has created a special task force – including sociologists, economists, and business leaders –led by former Vodafone CEO Vittorio Colao.