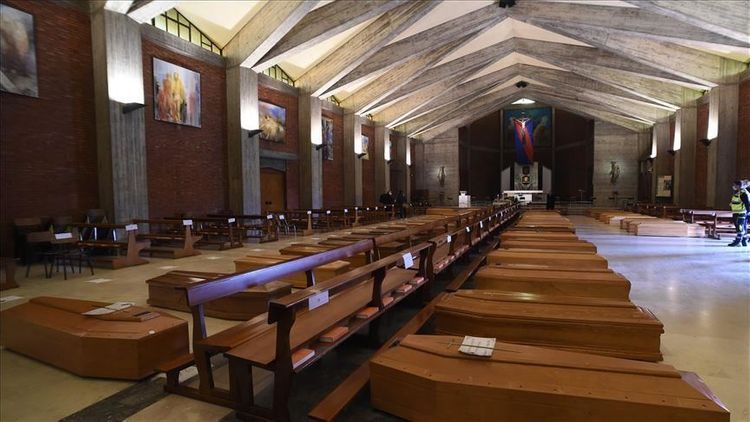 The slowing trend in death numbers last month has continued in early June, seemingly confirming that the worst of the pandemic has been left behind.

The tally of active infections again fell on Wednesday, bringing the total to 31,710, with a decline of 1,162.

The northern Lombardy region remains the worst-hit nationally. The number of fatalities in the region rose to 16,349 -- almost half the nationwide tally.

On Wednesday, dozens of grieving relatives of coronavirus victims filed 50 complaints at the prosecutors’ office in the northern city of Bergamo, denouncing serious failures by local politicians and health officials in handling the pandemic.

Bergamo prosecutors -- who are already investigating the failed closure of two clusters in the early stages of the virus outbreak – will question Italian Prime Minister Giuseppe Conte and two ministers of his Cabinet as witnesses in the case.

The government headed by Conte is struggling to draw up a long-term plan to solve Italy's longstanding economic problems, aggravated by the fallout from the pandemic.

For that purpose, Conte called a meeting with all opposition parties, labor unions and business representatives slated to start Friday and last a few days.

The meeting is expected to discuss several proposals outlined after two months of work by a special task force led by manager Vittorio Colao.

The plan suggests measures to restart businesses and rejuvenate employment in sectors ranging from infrastructure to public administration, culture and tourism.

The experts' proposals, however, received a tepid reception from parties in the ruling coalition, while opposition parties are considering to boycott the meeting.