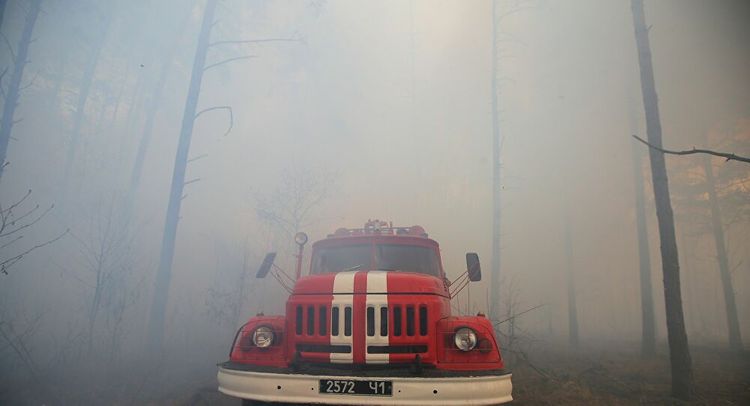 Kiev Mayor Vitaly Klitschko on Friday visited the Chernobyl exclusion zone amid wildfires in the area and said that the level of radiation in the Ukrainian capital was normal, APA reports citing Sputnik.

"We have received information that there was no radiation in the air. All the fires are now connected with yesterday’s wind, now there’s no open fire, there is smoldering, and it takes a few more days to extinguish everything ... All the rumours in Kiev about the radiation wind from Chernobyl [are not true]... We have examined the area with the dosimeter from Kiev to Chernobyl and received the information from experts, that there was no radiation", Klitschko said in a video address on Facebook.

On Thursday, Kiev authorities asked residents to avoid leaving their homes and opening windows due to smoke caused by the wildfires in the Chernobyl exclusion zone and Zhytomyr region.

He also said that the radiation in the exclusion zone is below the permissible level. At the same time, he reiterated the call to Kiev residents to stay home and avoid opening windows.