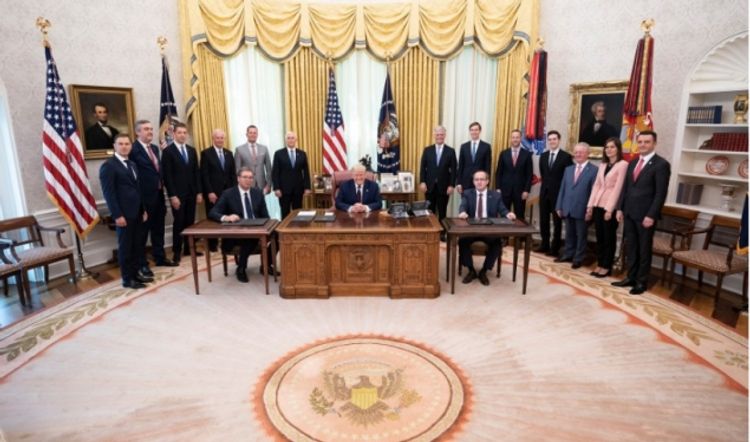 The governments of the US, Kosovo and Serbia, have been nominated for the Nobel Peace Prize after the agreement on economic normalization  has been signed at the White House observed by President Donald Trump, his special envoy for Pristina-Belgrade dialogue Richard Grenell said Friday, APA reports citing Gazeta Express.

Grenell retweeted the announcement by Magnus Jacobsson, a Swedish publicist who nominated the three governments. Jacobsson, a member of Sweden’s national legislature, said he submitted the nomination for the Trump administration and the governments of Kosovo and Serbia “for their joint work for peace and economic development, through the cooperation agreement signed in the White House.”

Trump oversaw the historic deal in Washington last week. The agreement revolved around Serbia and Kosovo agreeing to normalize economic relations. Grenell told reporters that the deal wouldn’t have been possible without Trump’s “outsider” perspective.