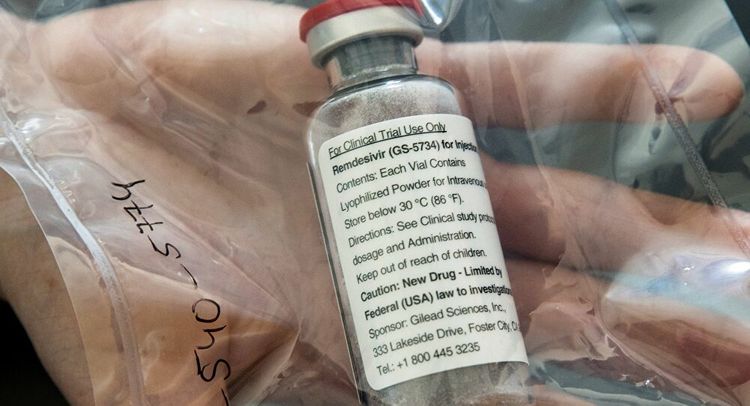 According to the Financial Times, the Chinese trial indicated that the antiviral drug remdesivir did not improve patients’ conditions or decrease the amount of COVID-19 in their bloodstreams. Out of a group of 237 patients, 158 were given the drug, while the remaining 79 were part of the control group. Eighteen patients who received the drug experienced adverse side effects and had to stop taking it.

The WHO said that the draft document obtained by the Financial Times was published early by mistake.

“In response to WHO asking for information and studies to be shared early, a draft document was provided by the authors to WHO and inadvertently posted on the website and taken down as soon as the mistake was noticed,” the WHO wrote, APA reports quoting Sputnik.

Following the leak of the draft WHO report, Gilead stated that the document included “inappropriate characterizations of the study.” The pharmaceutical company added that the “study was terminated early due to low enrollment,” and thus it was “underpowered to enable statistically meaningful conclusions.”

“As such, the study results are inconclusive, though trends in the data suggest a potential benefit for remdesivir, particularly among patients treated early in disease,” Gilead said.

However, Gilead’s statement did not stop its shares from dropping by more than 4% Thursday.

Remdesvir was initially developed as a potential treatment for Ebola. However, it failed to treat the disease, which causes severe bleeding and organ failure. The drug has been experimentally shown to be effective at inhibiting the growth of coronaviruses that cause illnesses similar to COVID-19, including severe acute respiratory syndrome (SARS) and Middle East respiratory syndrome (MERS).

Remdesivir has shown promising results when used to treat COVID-19 patients in Chicago, Illinois. The drug reduced fever and other respiratory symptoms in 125 patients in under a week.

A study published earlier this month in the New England Journal of Medicine also showed positive results for remdesivir. Sixty-eight percent of coronavirus patients in the study improved while on the drug. However, the study was not a clinical trial but rather a compilation of data from patients who have been given the drug. There was no control group, and the researchers behind the study warned that no conclusive results could be drawn from it regarding remdesivir’s effectiveness against COVID-19.